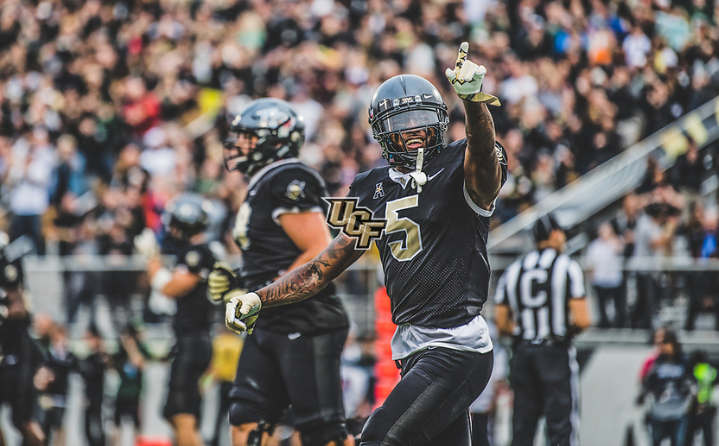 The 2019 season for UCF Football is going to be one of the most anticipated campaigns in the history of the program. The Knights return loads of talent from a 13-0 team that defeated Auburn in the Peach Bowl and won a National Championship.

The seven-game home schedule is particularly attractive, with non-conference matchups with Pittsburgh and FAU in the first month of the season. UCF will also host American Athletic Conference opponents SMU, Temple, Navy, and Cincinnati.

The Knights should be favored in every game, making the run at another undefeated season certainly in the realm of possibility. Fan excitement is already high, with UCF having announced the stadium was 88% sold-out for the season during their last update.

With all the excitement, Spectrum Stadium is going to be a place you want to be this fall. There is plenty to know about how to do a UCF gameday right and we have you covered with all the details! 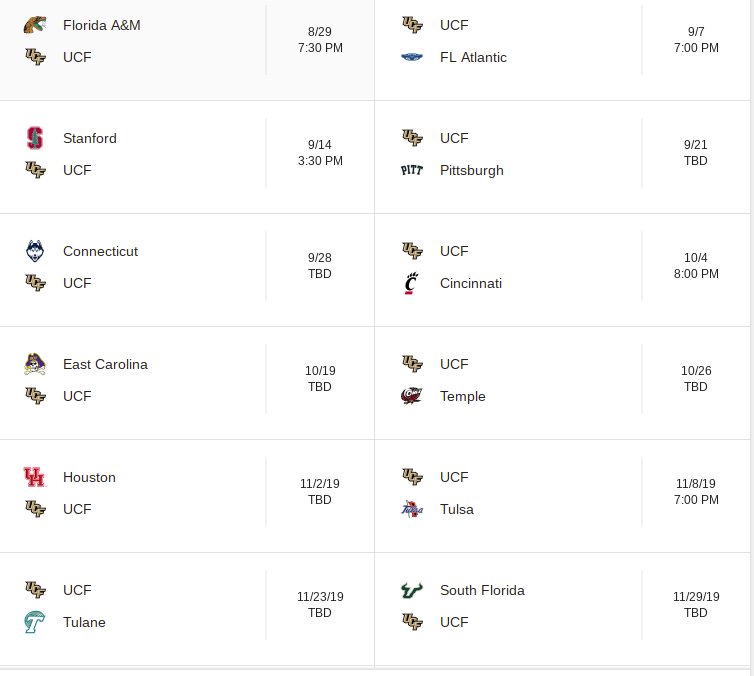 Most of the lots on the UCF campus in the immediate area around the stadium require a parking permit. Garage H located off of Gemini Blvd. on the north side of campus is probably the closest lot open to the general public and parking costs $20.

For free parking options, garages A and I are located right as you enter the school's main entrance off of University Blvd. These parking structures are just a short walk through campus to the heart of the tailgating scene.

All Gold Zone permit lots open at 8 a.m. for Saturday games and at varying times for weeknight games. The other campus parking areas open six hours prior to kickoff on Saturdays, but not any earlier than 8 a.m.

Since there are so many garages constructed at UCF to accommodate 66,000 students, there are not many off-campus parking locations to speak of on game day. The Carillon Methodist Church is one good family-friendly option across the McCullough Road.

Parking at the church opens four hours before kickoff and for $25, each member of your party gets a free hot dog, bag of chips and bottle of water in addition to the parking space near UCF.

Since UCF moved on campus into what was then known as Bright House Networks Stadium in 2007, tailgating has been a highlight of the football experience. All activity centers around Memory Mall, the large grass lawn located in front of CFE Arena.

There was a reservation system implemented a few years ago to secure spots on Memory Mall. The registration opens at 6 p.m. on the Sunday prior to games and there are areas on the Mall that students and alumni can reserve.

Many people who park in either Garage C or Garage D line the walkways around the Mall with their tailgate tents. There is also tailgating scattered through other portions of campus, such as Lake Claire.

Some of the other lively areas for tailgating are on the west side of the stadium. E6 and E7 lots are immediately outside the stadium and across the street, people fill up the pass-required E5 lot that surrounds the UCF Softball Complex.

There is also RV parking allowed in the E5 and E8 lots.

If tailgating is not your thing, there are several area bars and restaurants that you can hit up prior to the game. Burger U, located on campus just a stone's throw from The Spec, is the most convenient place to pregame.

Burger U typically has beer bucket specials and a gameday menu. There are other places to grab a quick bite in Knight's Plaza like Jimmy John's, Subway and Domino's Pizza.

Gringos Locos is also opening a location in the Plaza that should be ready by football season. For some off-campus ideas, check out Bar Louie and Buffalo Wild Wings, which are both very near UCF on University.

Other Things to Note

As an alternative to parking, the pick-up location for rideshare drivers and taxi cabs is on Gemini Blvd. North in front of CFE Arena.

Ladies need to keep in mind that no large purses are allowed inside the stadium, only small clutches or a clear bag is.

The IOA Plaza located in front of the main stadium entrance hosts a ton of family activities and a live concert before each game.

There is so much to enjoy on a UCF gameday. Get out to campus this fall with your black and gold on and cheer on the Knights!

Stay connected to all the Orlando sports news and events by subscribing to 407area.