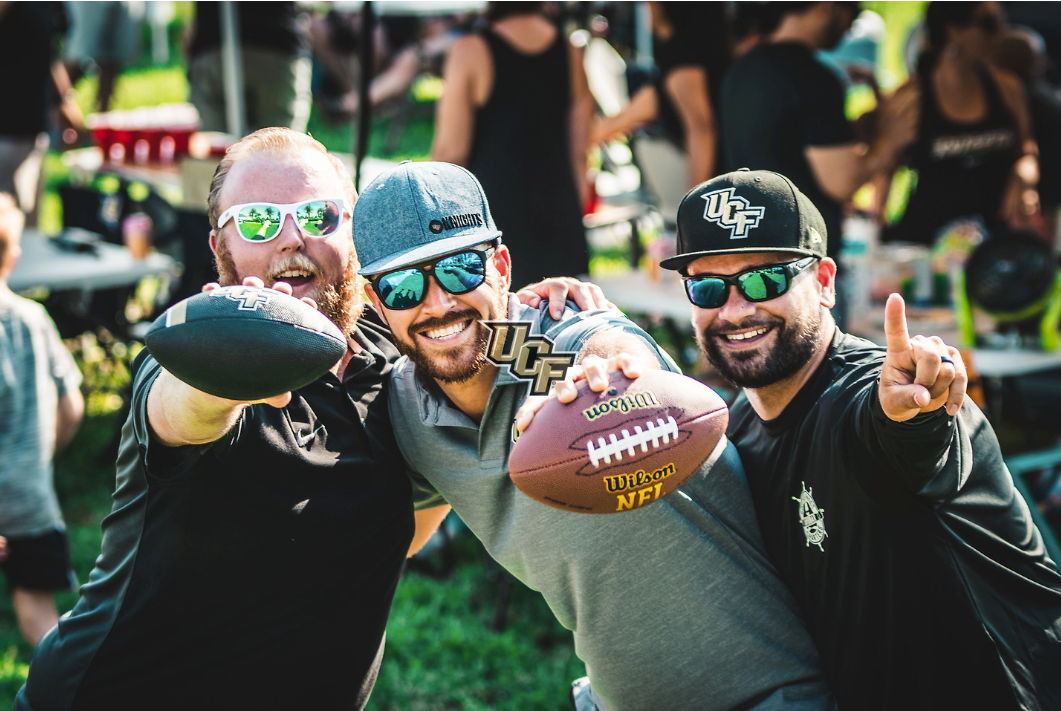 The UCF Knights are going bowling in Tampa next Monday against the Marshall Thundering Herd and you can travel there in-style. 407area is providing a tailgate party bus to and from the Gasparilla Bowl, kicking off on December 23rd at 2:30 p.m. at Raymond James Stadium.

Ditch your car, avoid the hassle of driving and board the bus in downtown Orlando, which will depart  Wall Street Plaza at 11:00 a.m. During the trip down I-4 to "Takeover Tampa," enjoy complimentary Coors Light, Fireball and other beverages while mingling with other fans of the black and gold.

When the bus parks outside Ray Jay, there will also be a pregame tailgate meal catered by Deviled Pig BBQ. Once back on the ground in Orlando after the Knights take on the Thundering Herd, the postgame party gets going at Wall Street Plaza.

Tickets are $100 to ride the bus and you have to be 21 years or older to hop on board. Purchase tickets here.

This is the last chance to see the Knights in action in 2019 as they try to put the finishing touches on a ten-win season. UCF will be led into the game by quarterback Dillon Gabriel, who has thrown for over 3,000 yards and 27 touchdowns in his first season and is already garnering Freshman All-American accolades.

8-4 Marshall is a former rival from back when both teams were in the Mid-American Conference and Conference USA. The Herd dominated the series early, winning the first three, but since the Knights have captured eight straight.

The first win in that stretch was a memorable 23-13 triumph in 2005 that ended a nation-leading 17-game losing streak for UCF and kicked off a run that ended with the program's first bowl trip to the Hawaii Bowl. The last game these two teams played was in 2012, dominated 54-17 by the Knights.

Since that time, the Knights have become one of the country's top programs, going to three BCS or New Year's Six bowl games. They currently are fourth in the country in total offense, insuring this game should be one to remember!