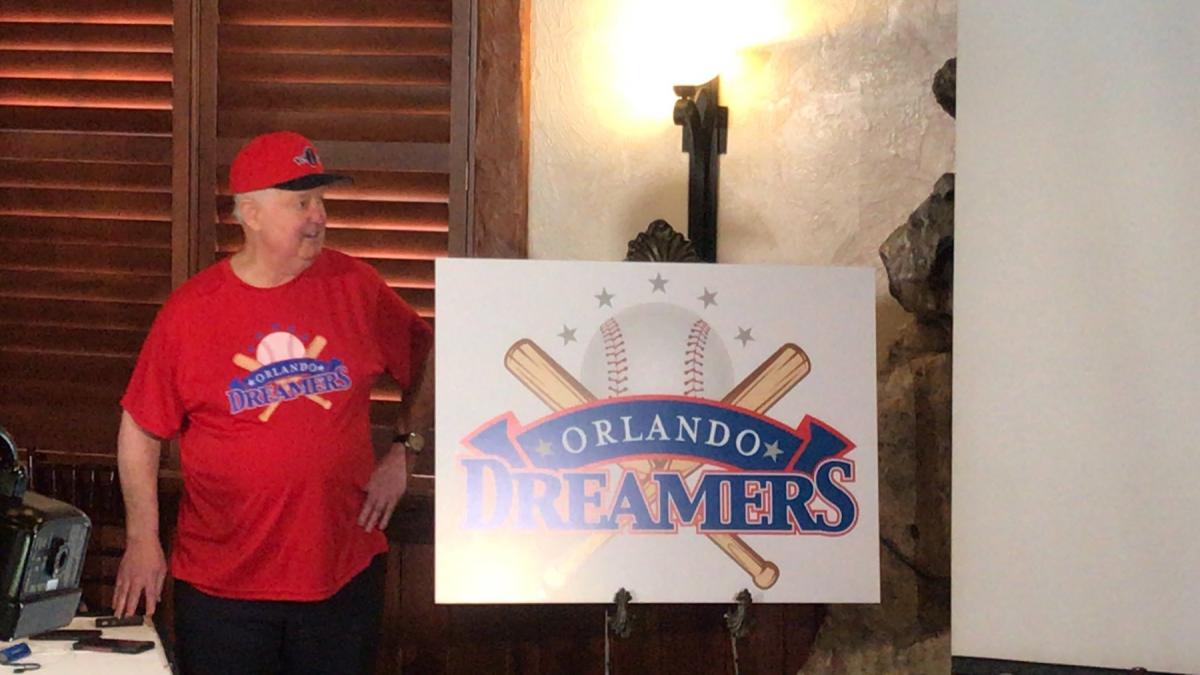 Orlando Magic co-founder Pat Williams sure knows how to create a stir. On Wednesday, Williams announced his efforts to put The City Beautiful on the map for Major League Baseball expansion.

He gave the team the working name the “Orlando Dreamers,” which pays homage to the visionaries like Walt Disney, Arnold Palmer and Williams himself that have come to Central Florida and put it on the map. Over the years, his belief in the sporting interests the town can support has only been strengthened.

"Orlando has proven in the years since the Magic began playing in 1989 that it is every bit a big-league sports town," said Williams. "Soccer fans have embraced the Orlando City Lions, and now it's time to step up to the plate and make baseball happen too."

Williams has been down this road before. After improbably getting the Magic launched, he set his sights on his first love, baseball, and pursued expansion throughout the 1990s.
Miami and Tampa/St. Petersburg both got the call to the bigs then as the larger Florida cities. Now, as if we were suspended in time, Williams brought out his 90’s clip art logo and the same marketing tools he utilized way back then to try to jump back in with baseball.

The MLB is allegedly interested in expansion at some point, but, unfortunately, I cannot see William's tactics producing any better results this time around. Yes, Orlando is a much bigger market and perhaps better positioned for any sports franchise now then it was when the NBA put their bet down on the city, but there are a lot of other cities that can say the same thing.

Charlotte, Las Vegas, Nashville Montreal, and Portland are already farther along in the wooing process and have more to bring to the table. It is often repeated that Orlando is the largest market without a major league team, but strength in numbers is just one factor.

Central Florida has some of the lowest wages in the country of any major metropolitan area. With just one Fortune 500 company (Darden Restaurants) among us, that does not leave a lot of cash to go around for corporate sponsorships and premium seat sales.

Then, there is the issue of those other two in-state teams. The Miami Marlins and Tampa Bay Rays both had their big league tickets punched when Orlando missed out and each has struggled throughout their existence to put butts in the seats and build consistent winners.

It is hard to see Commissioner Rob Manfred running back into this state with his sport. Perhaps this is a ploy by Williams to ultimately get the Rays to jet to a new shiny Orlando stadium 100 miles inland, but that is not at least initially on the table.

In fact, nothing of substance was really handed out on Wednesday. Williams has no big pocketed owners ready to step up and pay what could be an expansion fee north of $1.5 billion, no ideas on stadium location and there were no local government officials present to lend their support to the initiative.

At the time he took the stage, he had not even been able to get Manfred on the phone. He merely left a message at the commish’s office.

Ultimately, that is all Wednesday really was. It was a signal out to the Orlando community to say “Hey, maybe, just maybe, if we get enough of you to speak up, baseball will listen.”

I know there were similar naysayers when Williams wanted to make this a basketball town. If anyone can get this done, it is a guy who has written over 100 books, ran over 50 marathons, beat cancer and meant so much to this city.

I love and respect Pat Williams. I have written about it here before.

But, I just cannot imagine his pipe dream working out.