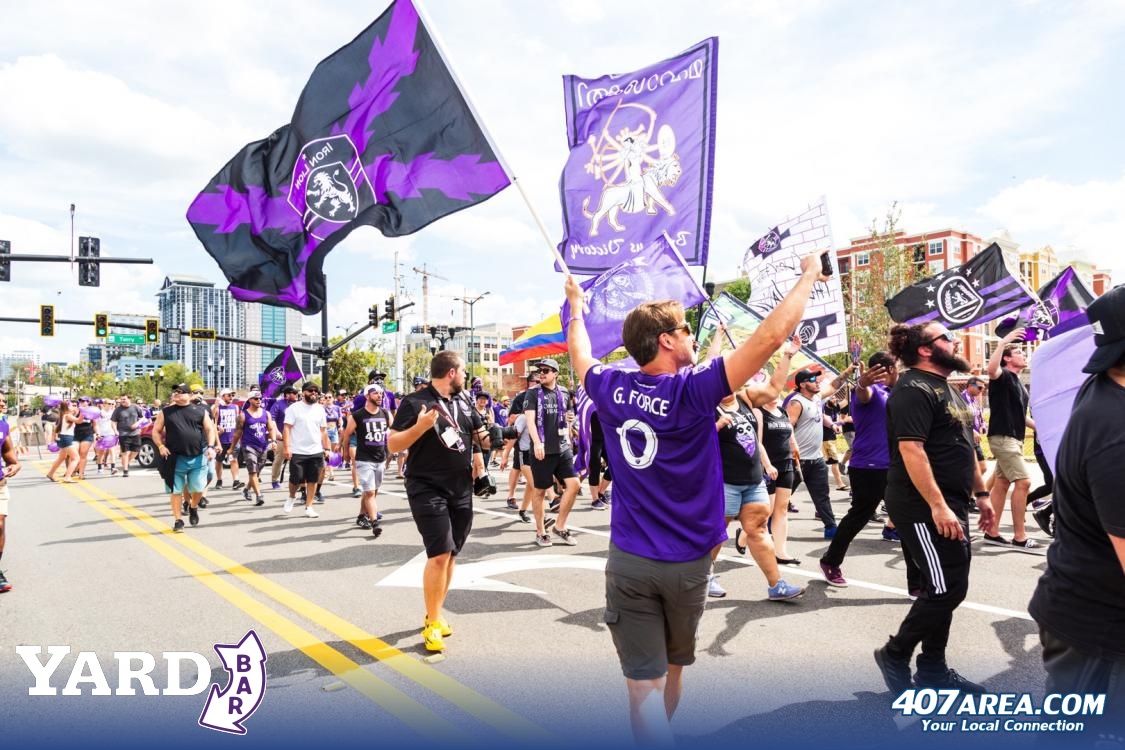 Orlando has not always been a city with a bevy of entertainment options for the sports fan, but this past weekend the stars aligned. Saturday is a day that I will remember for a long time as someone who has followed and rooted for the teams in the City Beautiful for a decade.

Now, none of the teams in action played for a championship and no one game was monumentally significant in and of itself. However, the collective mix of everything that happened made me think that Orlando has taken another step up on the ledger of America's top sports towns.

First up, Orlando City opened their 2019 season with a 2-2 draw at home against NYCFC. The team got down early, but once arguably their two best players (Dom Dwyer, Nani) entered in the second half, they were able to rally to get points.

Optimism is still down on the possibilities for a franchise that has not reached the playoffs since they joined MLS, but Saturday's result was at least a start. If they had gotten blown out, people would have already started to tune out, but now everyone will at least watch to see how things play out over the next several matches.

The most significant contest of the day tipped off as Orlando City was closing things out on the pitch. UCF Knights basketball scored the most marquee win in program history when they knocked off top ten Houston on the road.

The impact of that stage was felt perhaps even before each team hit the court, as the game was featured by ESPN's popular College Gameday show. UCF's victory over a team that had won 33 straight in their building also likely sealed up their first-ever at-large bid into the NCAA Tournament.

Pro basketball has been on the uptick in Orlando as well recently and the Orlando Magic kept forging ahead in their fight to make the playoffs on Saturday. Their win against the Indiana Pacers marked yet another time they had toppled a team that sits above them in the Eastern Conference standings.

Orlando has had an uneven turn out of the All-Star break. They have gone 3-3, but they are inexplicably losing to the inferior teams on their slate while beating the superior squads.

Despite the inconsistency, if the season ended today, the Magic would be in the postseason and they have an 80% chance of getting into the playoffs.

The newest entry to the Orlando sports scene was the final act for this super packed Saturday. The Orlando Apollos went on the road and just kept winning, beating the Salt Lake Stallions 21-11 to move to 4-0 on the season.

Watching the "Sun 'n Gun" offense still move the ball in a snowy tundra was impressive. The Apollos still may be considered "minor league," but they have arguably the most iconic coach from any sport in the state's history in Steve Spurrier and as long as they keep winning, they will stay relevant.

In total, Saturday yielded four games, four strong results and a pretty exciting day if you were a sports fan Orlando.

Other Orlando Sports Headlines for the Week