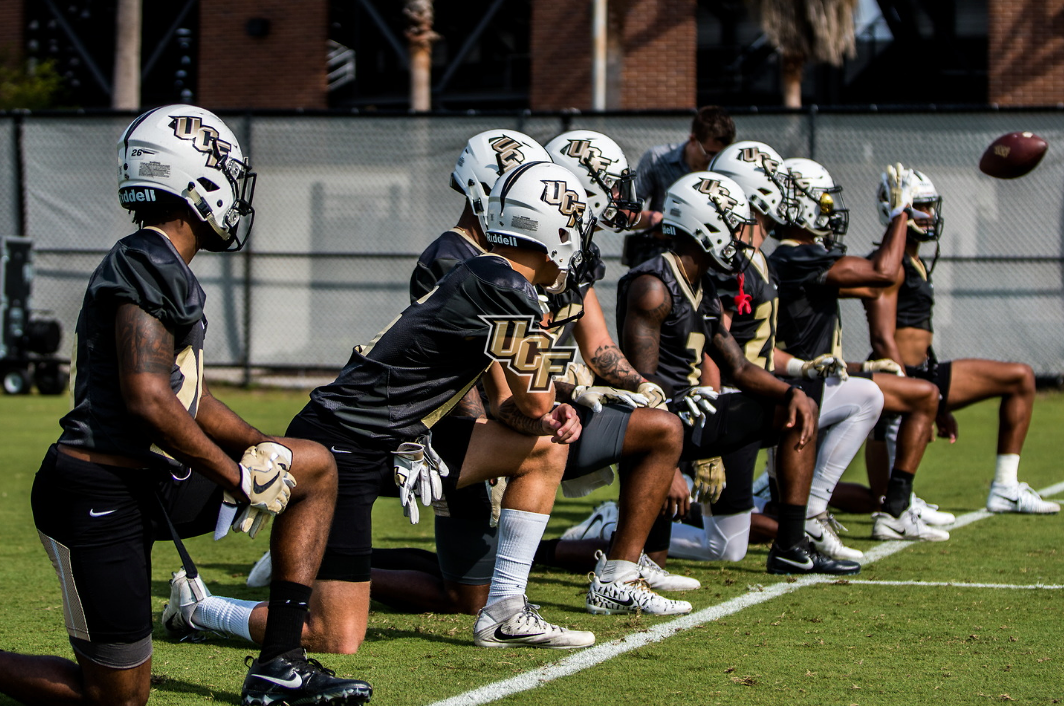 Over the recent weeks and months, a lot has been written and said about the non-conference scheduling philosophy that UCF Football has adopted. To summarize, the Knights are committed to only accepting home-home deals with opponents, while other schools are more willing to take 2-1 agreements that send them on the road to play games twice, while the other team would only return one game.

UCF and athletic director Danny White have come under greater scrutiny for this policy due to neighboring conference-mate USF accepting 2-1 deals with major opponents like Florida, Miami and Alabama. The Knights are also heavily on the national radar after criticisms levied against their schedule strength by the College Football Playoff committee following two undefeated regular seasons.

I, for one, believe in the strategy and stance that White has taken with the football program. UCF is taking care of their home fans first by prioritizing games played at Spectrum Stadium and, as a result, there are a record number of season ticket holders on board.

Furthermore, by rejecting inequivalent 2-1 scheduling pacts, UCF is saying that they are not any less of a program than the so-called "Power 5" schools. This, to me, is the "dress for the job you want policy," and by acting like a major program, the Knights are indicating they are worthy of a seat at that table.

This column, however, is not meant to defend the merits of the Knights schedule policy. It is to find creative solutions that UCF can use to successfully navigate what was already a difficult scheduling landscape apart from these parameters.

While many schools have their non-conference slates filled out years in advance, UCF still has several open dates over the next five years. These are some things they can do to bridge the gap, without sacrificing the principle of their stance.

1. Schedule the Best of the Non-Power 5

If UCF is having problems with scheduling, many of their peers are probably also struggling. While the American Athletic Conference has become regarded as a "best of the rest" type of league, the Mountain West is another conference where some major institutions play football and may be looking for games.

I would reach out to schools like Boise State, Fresno State and Colorado State for games. I would also look to some of the top independent schools in the country like BYU and Army to see if the Knights can fill a spot for them.

Yes, these arrangements would not have some of the same cache as say an Alabama would, but there is still value in these kinds of opponents. There have already been some rumblings that deals like these may be in the works.

2. Play a Neutral Site Game Against a Heavyweight

When neutral site games started becoming all the rage in college football, rising power Boise State was able to capitalize. They scheduled games in NFL stadiums in back-to-back seasons against Virginia Tech and Georgia, adding excitement to the beginning of the year.

I believe UCF can utilize the same strategy, counting the neutral site game as a road game and not compromising their focus on satisfying their home season ticket base. Plus, Camping World Stadium is right in the Knights backyard and they actively work to put these types of games on.

3. Get Some Peer Schools on Your Side

One of the biggest problems UCF has in fighting this scheduling battle is that other schools in their own conference do not have the same agenda. USF has arranged 2-1 games with marquee opponents because they have to fill a much larger pro stadium like Raymond James and, just this week, Memphis agreed to a 2-1 with the Liberty Bowl.

Even AAC commissioner Mike Aresco has been vocal in supporting 2-1s, while knocking the Knights position. It might be difficult to accomplish, but if White could try to build some consensus among the other schools, it would push everyone closer to major conference status.