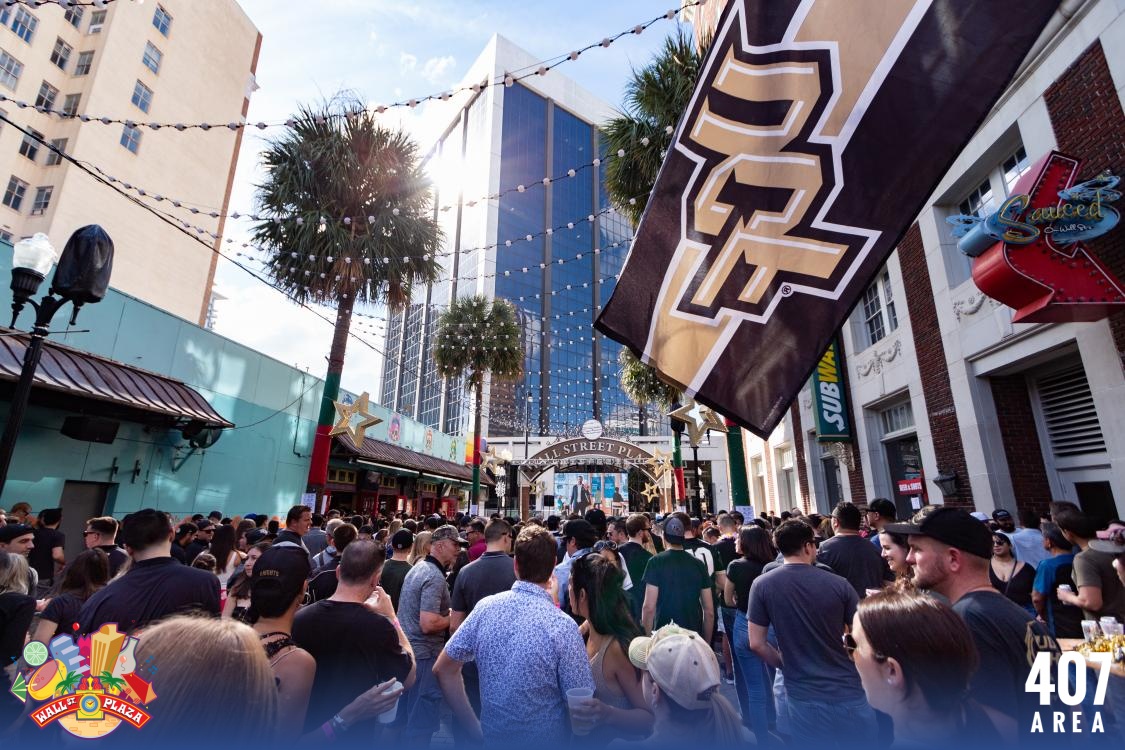 There is no question that the UCF Knights athletic teams are hot brands coming off the last two years of success for the football team and this year's NCAA Tournament appearance for men's basketball. Athletic director Danny White had led a team of people instrumental in raising interest and donation levels across the board.

Just last week at the Charge On Tour stop at Wall Street Plaza in downtown Orlando, White announced that less than 1,000 season tickets remain for the 2019 football season, which virtually guarantees a sellout for every game. That is something that would have been unimaginable just a few years ago during UCF's winless 2015 season.

With almost every individual sport trending upward and new facilities under construction, one could say that it has never been a better time to be a Knight. While so much has already been accomplished to elevate UCF's position nationally and locally, there is still a second wave of improvements that can be made that will take the athletic department to the next level.

This is my list of changes that I would make to UCF Athletics.

The UCF ticket office has done a remarkable job of transforming the football games into a high-demand event. They have nearly sold out the stadium with just over three months until the start of the season and now need to turn their attention's to getting butts in the seats for men's basketball.

Despite having a historic season last year, the CFE (Now Addition Financial) Arena averaged just 4,884 fans per game, which ranked eighth in the American Athletic Conference. If the Knights want to continue to be a team that competes at the top of the conference and participates in March Madness, they need more support.

There is no easy formula to increase attendance, but some have suggested that single-game price decreases, better in-game entertainment and enhanced concessions could draw more fans in that decide to stick around. Since UCF was able to build an impressive ticket base in football, I believe they can find a way to make it happen for basketball too.

For years, UCF's fanbase has complained about the lack of merchandise and apparel compared to other schools in the state. From my observations traveling the country, the brand name programs certainly outpace the Knights in bookstore offerings, but even some of our peers like Cincinnati and USF have better things to offer.

The ability to acquire quality merchandise online and in out of market stores has also been an issue. Some have attributed this long-standing problem to the school's deal with Barnes & Noble, while others have cited complaints from retailers that say that Knights fans do not purchase enough gear.

Whatever the case may be, people have been clamoring for greater quantities and better quality of items, so it seems like a revenue opportunity lost. Stocking the bookstore with basketball jerseys is one example of something that would delight many.

As a forward-thinking university, UCF does a great job of always planning the next big thing. Where I think the athletic program has struggled over the years is looking back to honor the past of all the teams on campus.

Recently, Hall of Fame inductions were held for the first time since 2015 and a physical location for the Hall is expected to be part of the renovations to the Wayne Densch Center. That is good progress, but more can be done, including actually inviting fans to take part in the Hall of Fame festivities since it has regularly been a closed event.

Other things that could boost a recognition of UCF history include honoring the anniversaries of great teams, putting more odes to the past throughout UCF facilities and even adding a new statue or two. Honoring the past while still building the largest future fanbase in college athletics could prove to be a great complement.

4. Facilities upgrades for baseball and softball

While the first three changes on the list are relatively easy to implement, my final idea would cost significantly more. The baseball and softball stadiums have been outdated for years in my opinion and the only improvements made were recent renovations to what is now known as John Euliano Park.

Those improvements helped, but they really make the facility look more like a collection of added pieces than a complete ballpark. Due to the small area that the baseball stadium is built on, I would construct an entirely new facility somewhere near the athletic village.

Softball could also use improvements, like increased seating capacity and a structure to shade the bleacher seats. Both programs have the opportunity to be among the best at UCF and should be treated as such, although, the funds needed for these upgrades would likely only come around if I won Powerball.