48 Things To Do in Downtown Orlando 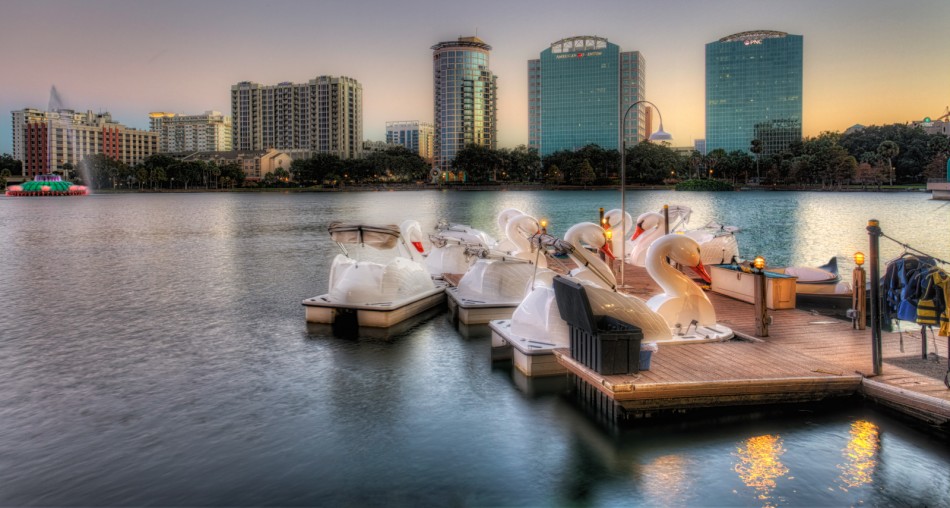 SHOTS is more than a bar in the city. SHOTS is a way of life. You never know what you are going to get here.

ONE80 Skytop Lounge is a tribute to style and class and with attention to every detail, the Orlando nightclub caters to guests’ every need featuring exclusive VIP seating and bottle service in Downtown Orlando.

Inspired by the energy and glamour of Las Vegas and Hollywood nightlife, Eve was created with the elegance and flair that Orlando nightlife aficionados have been longing for.

Wall Street Plaza offers several venues in one location in the heart of Downtown Orlando for you to enjoy dining and nightlife. Wall St. Plaza closes down 2 city streets to throw Block Parties every Friday and Saturday night in Downtown Orlando.

The Attic is one of the locals favorite Orlando nightclubs. The Attic is not only a bar, it boasts a great lounge experience along with the club.

By offering the ultimate VIP experience, a high energy atmosphere, and infusing entertainment alongside it’s resident and guest DJ’s, TIER has redefined nightlife for all of Orlando.

World of Beer, located on Lake Eola, features an extensive selection of over 500 beers from around the world which will ensure that you will always find a beer that fits your tastes. Stop by for the best happy hour in Orlando from 11am-7pm. .

The newest, most creative and artful bar in downtown Orlando. Classic & market fresh cocktails, thoughtful craft beers, and distinctive wines. "The pleasure is ours, The Courtesy is yours"

Located in the heart of Downtown Orlando on Pine St, Hansen's Shoe Repair is a hidden gem with a rooftop bar... that sits beneath the city lights. Be sure to call the day of to get the secret password.

Mathers promotes group interaction in a sophisticated yet comfortable setting. Ample parlor seating allows patrons to relax with their friends and mingle with other guests while enjoying the swanky suroundings and craft cocktails in downtown Orlando.

The Woods is located on the 2nd floor of the Historic Rose Building in Downtown Orlando. At The Woods their goal is to bring you a high-quality cocktail and craft beers.

Bauhaus has preserved the buildings original architecture and personality making the quality of its craft cocktails synonymous with the building.

Perfect for private parties the Treehouse combines the secrecy of your favorite childhood hangout with the best adult beverages in Orlando.

A local hub for live music in Orlando, Tangueray's is a basement bar in the heart of Downtown Orlando.  Smoking is permitted in the venue so prepare for a smokey atmosphere while you listen to live music nightly.

The historic building that serves as home to The Beacham boasts a long and storied past playing host to high caliber recording artists such as Tori Amos, Lauryn Hill, Pat Travers, Soundgarden and FloRida. The Orlando nightclub features live music from some of the hottest artists topping the charts.

The Veranda LIVE at Thornton Park

The Veranda LIVE is Orlando's newest outdoor venue for local and national music performances. We have updated and accommodated the courtyard at The Veranda LIVE at Thornton Park with a new stage, ligh ting and FREE concerts every Thursday and Saturday night.

The Social is an indie club features eclectic bands & a busy bar in an intimate, brick-walled space...

The old Backbooth space has been renamed and remodeled.  It maintains to be one of the best places to listen to live music in Downtown Orlando

Blackstar is the beginning of a new era in live entertainment in Florida. Meticulously crafted to be the most advanced yet intimate concert venue in the galaxy, which includes an immersive video & lighting system.

Committed to broadening the cultural offerings in downtown Orlando, The Abbey has been cleverly conceived as the ideal mixed-use venue to deliver exciting and diverse live entertainment options including intimate concerts in Downtown Orlando.

Feeling Epicurious? Elixir's is so much more than a local bar. Their menu offers five-star fare in a casual atmosphere.

Shari Sushi Lounge is the best combination of Style and Elegance with the attention to detail and service bringing you some of the best drinks and Sushi in Downtown Orlando. They offer a daily happy hour from 5pm-7pm featuring discounted rolls and drinks.

In business since 1984. Dexter's Thornton Park is a local and established casual hangout that takes food and wine very seriously. Enjoy over 30 wines by the glass or bottle, full bar, excellent service, and award-winning Sunday Brunch.

Award-Winning Southern Contemporary Cuisine in the Heart of Thornton Park. The locally owned and operated restaurant in Downtown Orlando has a menu of comfort food with class.  They also serve one of the best brunches in Downtown Orlando.

Avenue Gastrobar Orlando is a newly-opened, internationally-minded gastrobar specializing in comfort cuisine from around the world, great craft beers, and more in Downtown Orlando.

Relax Bar and Grill located next to Lake Eola Park just across from the swan boats is a great place to grab a bite and enjoy the beautiful Florida weather.

Our menu is seasonal and we believe in building strong relationships with Locals that raise and grow or catch the food we cook. The Rusty Spoon in the Church Street District supports their community and their love and respect for their network of farm to table dishes.

Our concept is to bring a unique way to serve authentic Asian food fast and efficient. Everything on the menu is cooked to order and prepared in minutes. By design, we have created an atmosphere that

Authentic Mexican fare in Downtown Orlando offering tacos, burritos, and an assortment of traditional Mexican entrees. Stop in for lunch or dinner and enjoy selections including different tacos like the infamous Double D's. 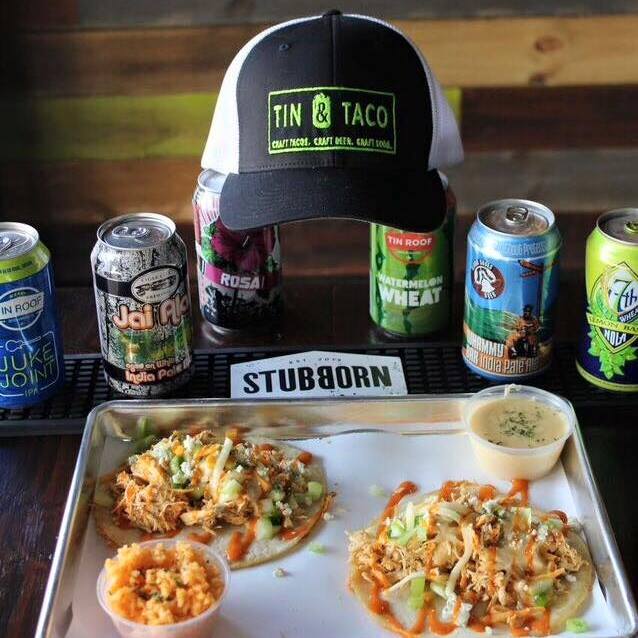 What is Chela? “Chela” is a Mexican slang term for beer. The Chela concept takes a fresh approach to Mexican-inspired flavors; offering bold and unique dishes along with over 50 tequilas.

Pepe’s Cantina was born out of a desire to create a quality and fun dining experience with great food and specialty cocktails. Chef Jose’s innovative menu puts a new twist on traditional Mexican cuisine.

Family Friendly Things To Do in Downtown Orlando

The Amway Center is a sports and entertainment venue in Orlando, Florida, located in the Downtown area. Take the kids to an Orlando Magic or Orlando Solar Bears game.  The venue also hosts concerts featuring some of the most famous musical acts in the country.

A beautiful, natural landscape in Downtown Orlando perfect for hikes, biking, sports, and much more. Many enjoy the mile-long stroll around the scenic Lake Eola. Don't forget to take a ride on the swan boats.

A Downtown Tradition, The Orlando Farmer's Market is the perfect way to spend your Sunday. 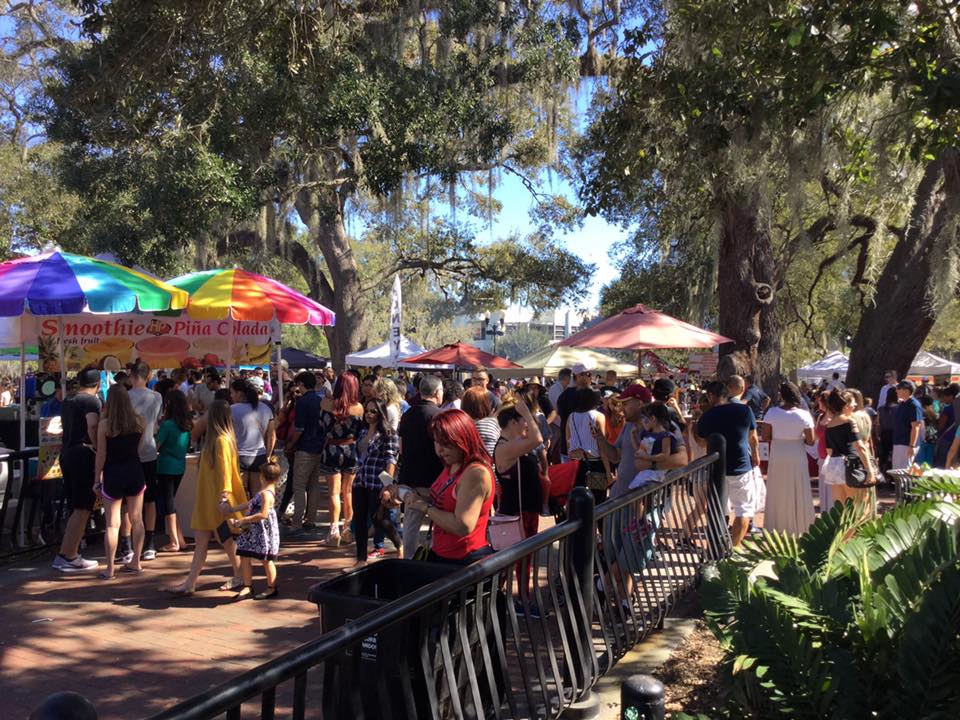 The Dr. Phillips Center for the Performing Arts is a non-profit 501(c)3 organization operating the new state-of-the-art performing arts center in downtown Orlando. Check their calendar for upcoming concerts, Broadway performances, and events.

Your place for Information, Imagination, and Inspiration! Get a Library card. The library in Downtown Orlando often hosts kid friendly and free events including sing a longs.

When all else fails, go to the movies.  The Cobb Plaza Cinema Cafe has stadium seating for unobstructed viewing with custom designed rocking seats with high backs and lift up armrests. Did we mention this theater has a bar? 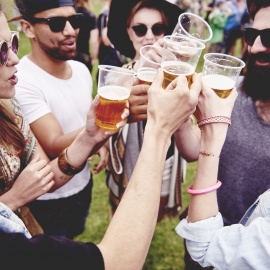 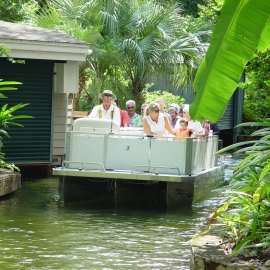 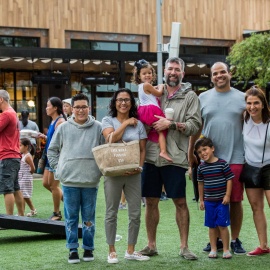 Family Friendly Attractions & Things To Do In Lake Nona 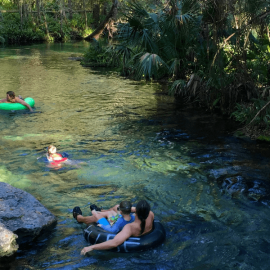 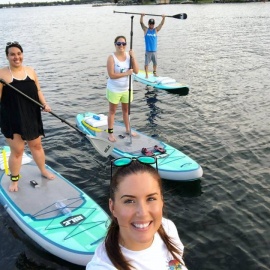 Reconnect With Nature With These Paddle Board Rentals In Orlando 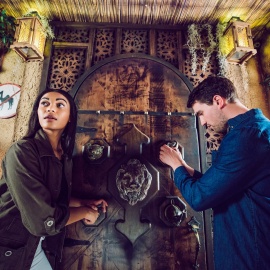 The Best Escape Rooms in Orlando