Fall for Local Seasonal Beers by These Central Florida Breweries! 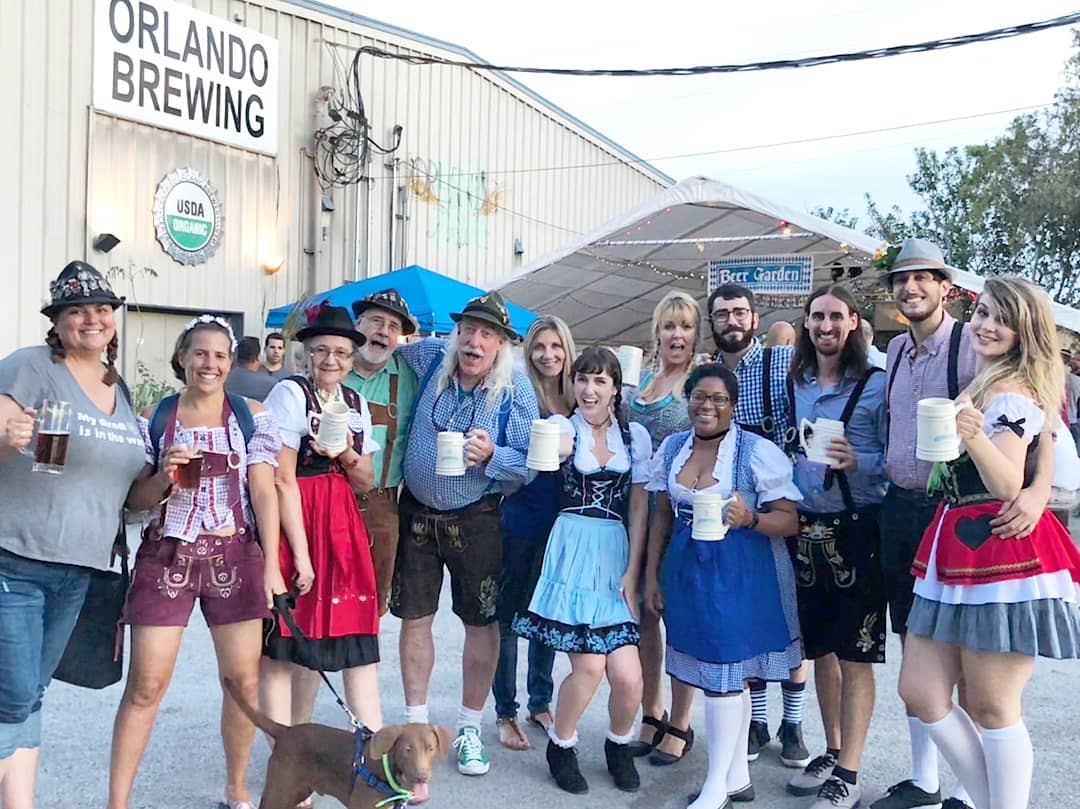 Fall in Orlando may not necessarily mean the leaves will change colors or that we'll get sweater weather, but in Central Florida, we sure know how to embrace the flavors of Fall.

That's why we've created a list of some of our favorite local breweries crafting Fall seasonal beers in Central Florida!

Orlando Brewing is Florida's only certified organic brewery and is the oldest microbrewery in Orlando. The release of their Grateful Pumpkin Spiced Stout happens every August and their annual Oktoberfest extravaganza (where they released their 2019 Marzen beer) went down all day on September 21st!

This craft brewery is located in the historic Ivanhoe District of Orlando, Florida. This Fall Ivanhoe Park Brewing will release their Anniversary Ale Imperial Stout on October 19th in conjunction with their Return To Joyland Anniversary Party.

Sideward Brewing is a Milk District-based microbrewery and eatery located close to downtown Orlando. Sideward always has a nice selection of house-made drafts and tallboy cans. This year they will hosted Sidetoberfest on September 14th where they will released draft and cans of Sausage Fingers, their traditional Marzen-style beer.

Downtown Orlando's music-themed brewery is a perfect place to grab a pint before a concert at the Amway Center or a soccer match at our local stadium. This unique microbrewery plans to release a traditional Oktoberfest beer on September 28th as well as a 7% Creamsicle Milkshake IPA on November 19th for the annual Orlando Beer Festival!

Ever been to a church and brewery in one? Look no further than Castle Church! This Lutheran Church/microbrewery will tap their Oktoberfest beer on Friday, September 2019. Bring your own mug for $7 fills and expect live music from 7 PM to 11 PM.

This brewery and restaurant was Sanford's first microbrewery and drops a delicious Sweet Potato Ale every Fall! This year's tapping of the 6.2% amber ale took place on September 13th.

Check out Casselberry's Bowigens Beer Company for a pour of their Broken Hearted Pumpkin Ale! This 6.2% beer tastes like pumpkin pie and will be available on tap in October.

Those on the east side of Orlando can swing through Oviedo Brewing Company for a pint of Oktoberfest! This Fall seasonal is already pouring and is described by the company as "luminous amber in color with a brilliant glassy translucence" as well as a "highly quaffable malt forward lager."

This brewery in Ocoee plans to pump up the Fall flavor with Pumptoberfest on October 19th. Toll Road will tap two housemade seasonals (a festbeer and pumpkin ale) alongside various other Fall favorites from around the state and country.

While the 321area may be a hike for some, we recommend making the trip to Titusville to sip on Playafest this Fall. The balanced amber lager finishes clean and will be available on tap and to-go starting on September 21st.

5220 S. Washington Ave., Titusville FL Phone (321) 567-5974
These are just a few of the great local beers that will drop this Fall! To keep up to date with brewery happenings check out this link to our roundup of Orlando area breweries!