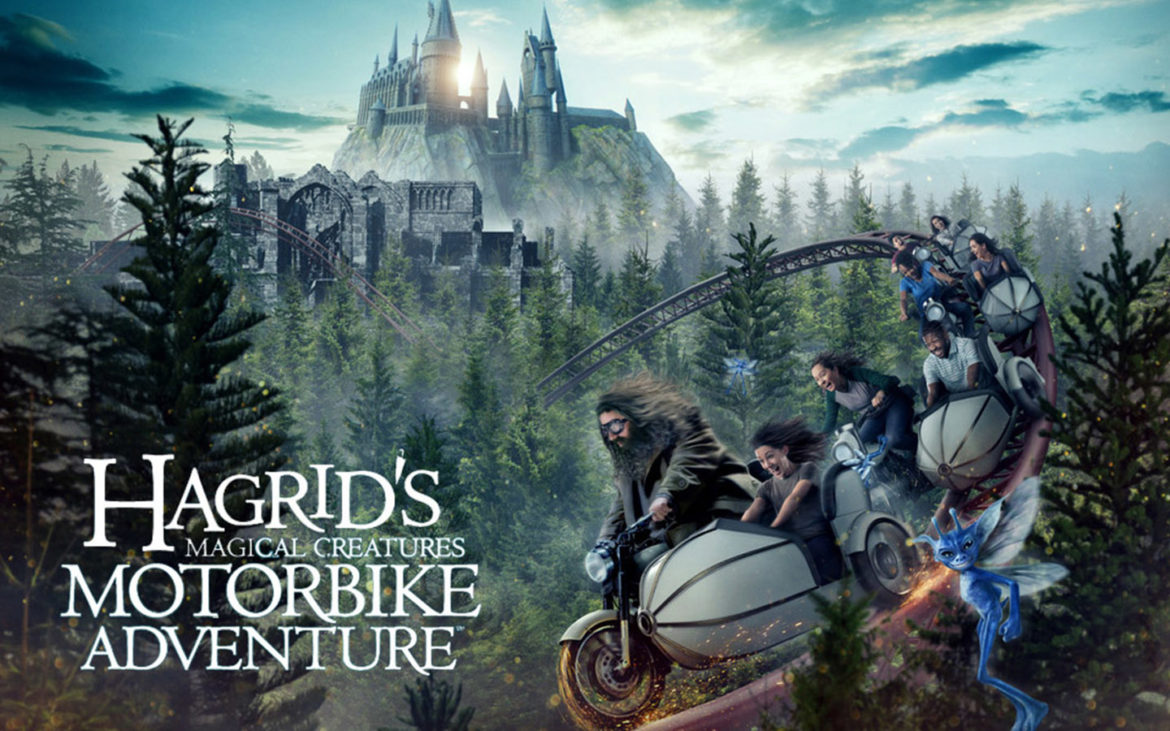 With a new Star Wars land poised to come to Disney's Hollywood Studios this summer, The Wizarding World of Harry Potter at Universal Studios is looking to keep up. They have a new ride on the way June 13 called Hagrid's Magical Creatures Motorbike Adventure.

The title character of the ride is, of course, the beloved half-giant, half-human gamekeeper and Hogwarts Keeper of Keys, Hagrid. This highly-immersive coaster features terrain with over 1,200 live trees, making you feel like you are smack dab in the Forbidden Forest.

Riders will follow Hagrid on an unforgettable journey to uncover some of the rarest magical creatures that exist in the wizarding world. While piloting a magical motorbike, you will have to avoid some seemingly impossible obstacles and survive encounters with fierce beasts.

Some of the highlights include centaurs, Fluffy, the three-headed dog, the blast-ended skrewt and Cornish pixies. Throughout the ride, you may also hear the sounds of Thestrals and the voices of gnomes.

While the Wizarding World of Harry Potter already brings J.K. Rowling's iconic series of books and films to life, Hagrid's Magical Creatures Motorbike Adventure should only further cement its status as one of Orlando's top attractions. The ride will be located in the Hogsmeade section and it is replacing the Dragon Challenge, which originally debuted as Dueling Dragons when Islands of Adventure opened in 1999.