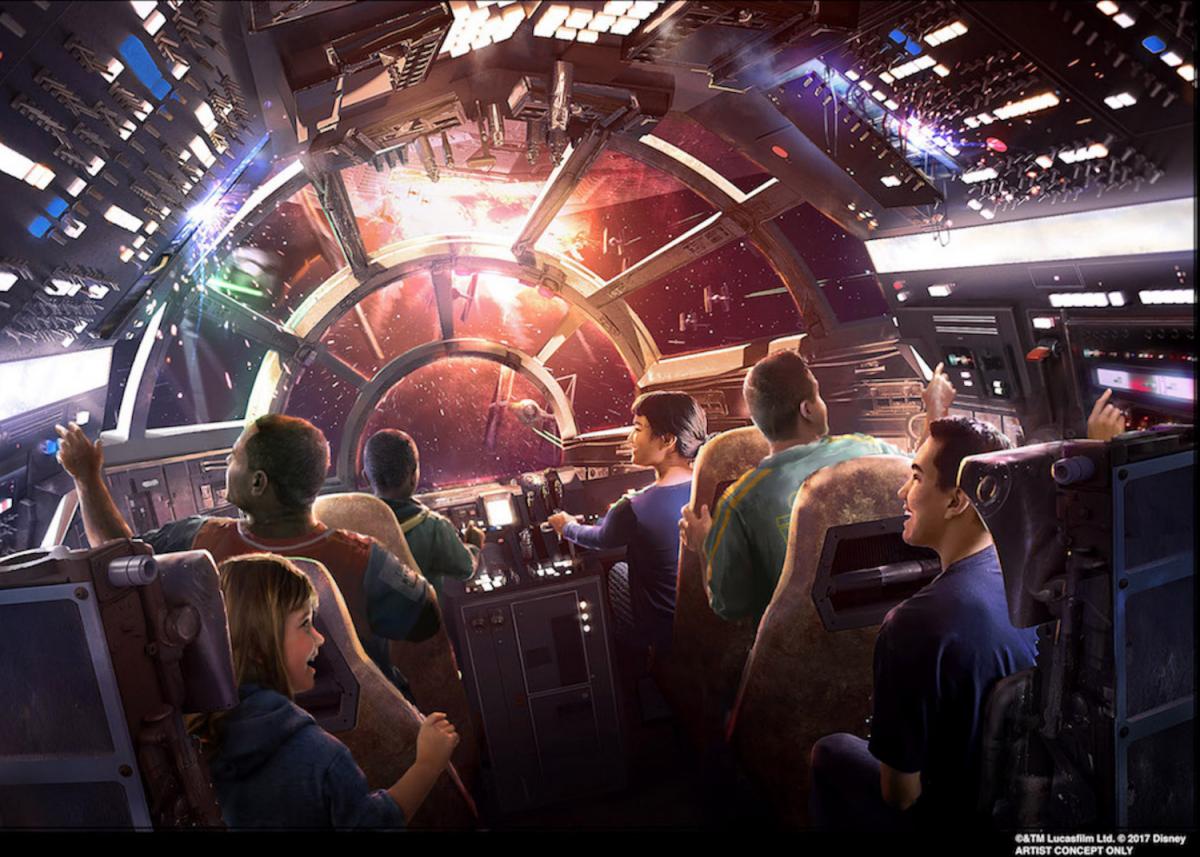 The Star Wars empire is expanding and Disney World-goers are one of the prime groups of benefactors. This summer, there is a new Star Wars land opening at Hollywood Studios that is destined to transport visitors lightyears away into one of the most iconic stories in film history.

Star Wars: Galaxy's Edge officially welcomes the public on August 29 and it will feature a host of rides, stores and dining destinations that are remarkably authentic to the franchise. With the original announcement of this immersive attraction coming in 2015, there has been plenty of time to anticipate what will exactly be encompassed in the 14 acres set aside for the project.

Galaxy's Edge will introduce Star Wars fans to a new planet, known as the remote frontier outpost, Batuu. Adventurers will be stepping into this rogue world located in the Outer Rim during the time of rising tensions between the First Order and Resistance.

There are two new rides that are going to be featured at the new Star Wars land. One allows you to pilot the Millenium Falcon on a customized secret mission, while the other, Star Wars: Rise of the Resistance, is a 28-minute simulator experience that has over 300 animated objects and occupies the largest show building ever built by Disney.

The only main drawback for those looking to pack Hollywood Studios in the initial days of Galaxy's Edge is that Rise of the Resistance will not open until later in 2019.

While the rides certainly drive most to the parks, where this new Star Wars land should really excel is in the bevy of complementary shops and eateries that will make park-goers truly feel part of the experience. The offerings in the Black Spire Outpost village include stores where you can get custom merchandise like lightsabers and droids.

There are also storefronts where shoppers can purchase unique toys, artifacts, apparel and creatures from around the galaxy.

The highlight of food and drink options inside the new Star Wars land is a visit to Oga's Cantina. There is a drink menu featuring concoctions from many different planets and the opportunity to intelligently interact with other bar patrons based on your experience throughout Galaxy's Edge.

Docking Bay 7 Food and Cargo is the main restaurant on the property and it sets diners inside of an old working hangar bay. There are food stands located throughout the land as well that feature unique snacks and drinks.

Galaxy's Edge clearly has many exciting features and a nearby Star Wars-themed hotel will also be eventually added to the mix. All of the anticipation and excitement is sure to lead to a highly-publicized and busy grand opening in August.