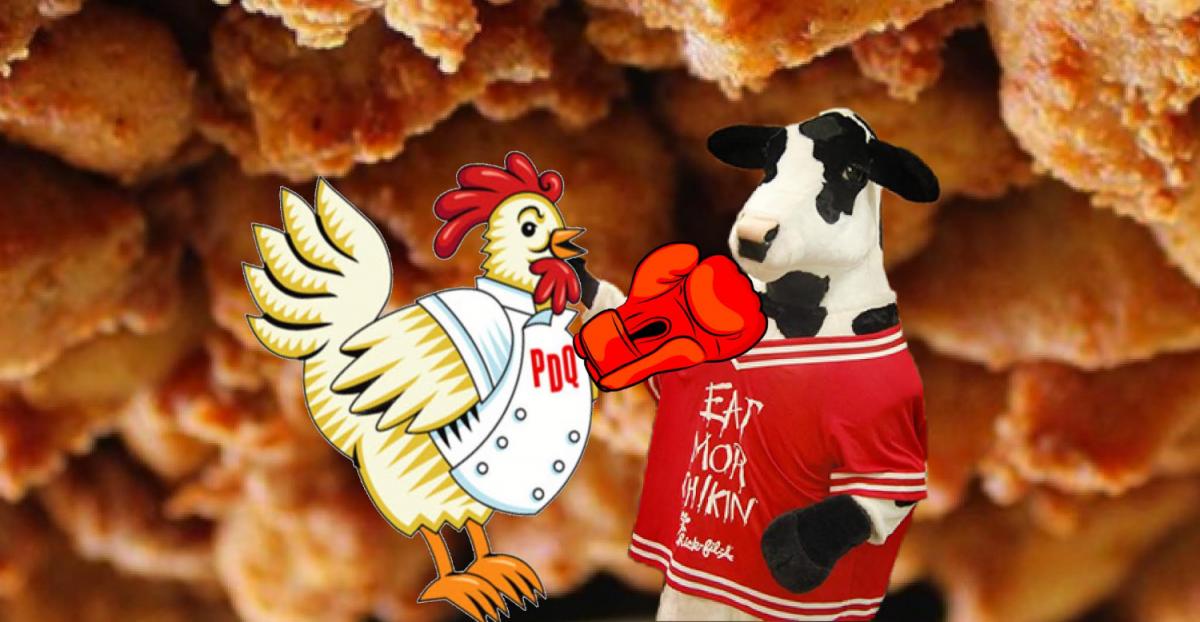 The feathers are going to fly when PDQ | Winter Park a new chicken joint hosts their grand opening this weekend.  The new casual restaurant in Winter Park has noticeable similarities to a popular Chick who's known for taking a day of rest on the weekends. The marketing strategy by PDQ while clever also seems to figuratively give Chick-Fil-A a swift kick in the nuggets.

We haven't tasted the PDQ fare to honestly compare the quality of their chicken to that of Chick-Fil-A however, both eateries offer fresh salads, an array of chicken sandwiches, nuggets, tenders, unique dipping sauces, milkshakes, and lemonade. For those who have an unwavering love for Chick-Fil-A, don't have a cow just yet.  PDQ doesn't seem to have a breakfast menu at the moment which means the beloved Chick-Fil-A chicken biscuits are safe from scrutiny.

The first PDQ "People Dedicated To Quality" (pretty cheesy considering it's a chicken joint) opened in Tampa in 2011 bringing the flavors of a small mom and pop North Carolina eatery to the sunshine state. The casual restaurant in Orlando with a passion for poultry has two locations already open in the Central Florida area, PDQ | Lake Nona and PDQ | Hunter's Creek with plans to open two more stores PDQ | Altamonte Springs - Coming Soon and PDQ | Waterford Lakes - Coming Soon after the PDQ Winter Park Grand Opening on Sunday, August 19th. On Opening Day the chicken joint will give the first 50 guests in line a $50 gift card and a free lunch, but will that be enough to lure the locals away from their regularly scheduled brunch plans?

The shiny new PDQ may have an extra day of business and more options on their menu but Chick-Fil-A has about 60 years of growth and 2200 U.S. locations to PDQ's 71. Whatever the outcome we're looking forward to seeing how this chicken fight turns out.

Are you Team PDQ or Team Chick-Fil-A? Tell us in the comments below.

Stay connected to what's happening in your area including new Orlando restaurants coming soon, reviews, and things to do in Orlando by subscribing to 407area.

Chelsea   3 years ago
As much as I love Chick-Fil-A nuggets, I'm Team PDQ- can't beat their sides! Waffle fries just don't cut it for me.

Where to Get the Best Hot Fudge Sundae in Orlando

Here's Where You Can Find the Best Orange Chicken in Orlando

Say Hello to the Top-rated Chocolate Shops in Orlando

Here’s Where You Can Get the Best Falafel in Orlando