DO NOT ADJUST YOUR TELEVISION SETS! Frogpig and his friends are back, with the supersized sequel that “capture[s] the feel of the 1970s variety show — the mix of guest stars, the song mashups, the silly banter.” (Orlando Sentinel)

The half-breed hamphibian at the center of 2018’s Critics Choice Award for Best Solo Show (Variety) is coming back Upstairs for seconds. And this time, he’s sharing the stage with some of his famous friends.

Did you miss THE FROGPIG AND FRIENDS VARIETY HOUR at Orlando Fringe? The entire Critic's Choice Award-winning cast is making their return to offer "more than your money's worth in whacked-out WTF moments." (Orlando Weekly)

Inspired by shows like The Carol Burnett Show, The Sonny and Cher Comedy Hour, and yes, The Muppet Show, THE FROGPIG AND FRIENDS VARIETY HOUR is a campy, kitschy 1970s fever dream you’ll have a difficult time forgetting. Whether you want to or not.

Songs! Sketches! Special guests! Who knows... maybe a certain someone’s parents will finally make an appearance! (They absolutely will not. Save the Cease and Desist for another day, Mr. Michael Mouse.)

Directed by Rob Ward and starring Joel Swanson, featuring a slew of Orlando favorites. It’s time to play the music! It’s time to light the lights! 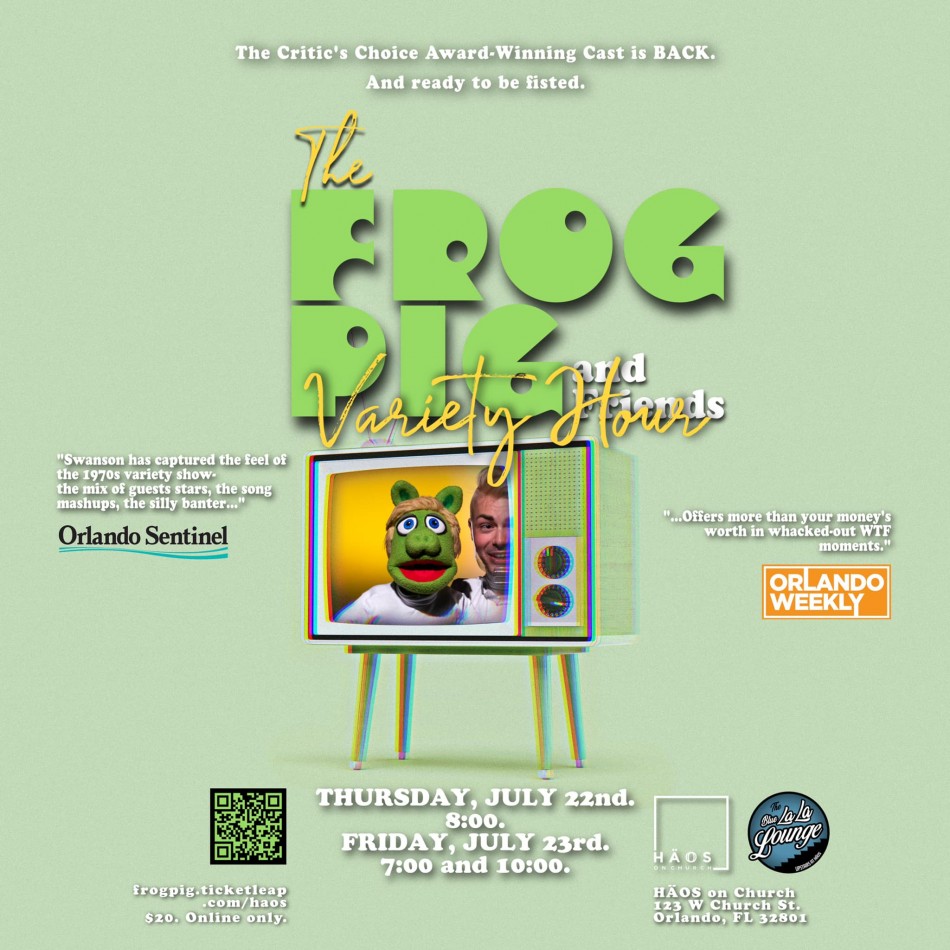 Say Something or Ask a Question Add Photos

Upcoming Events at HÄOS on Church