Your Ultimate Guide To All of The Stages At EDC Orlando 2019! 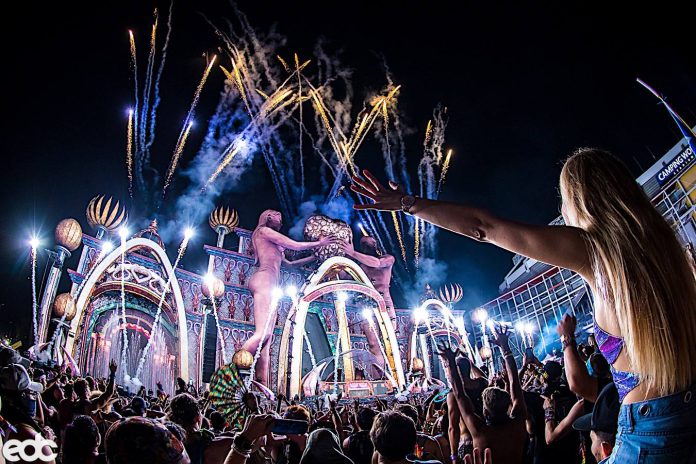 Calling all Headliners! EDC Orlando 2019 is back this weekend and it's bigger than ever! After Insomniac announced that they would be expanding this year's festival from 2 to 3 days, we knew there were only great things to come. This means more music, more art, and also more stages! The festival will feature 5 main stages including kineticFIELD, circuitGROUNDS, neonGARDEN, stereoBLOOM, and The Wide Awake Art Car. Each EDC stage will represent its own distinct technology and energy, where you can be transformed into a world of imagination. This year's lineup boasts some of the biggest names in EDM including Steve Aoki, DJ Snake, Deadmau5, and Diplo, as well as newcomers such as Fisher and Zhu. So headliners, get ready to join together under the Electric Sky to celebrate the love of music, art, and dance at this year's EDC Orlando Music Festival.

For anyone who attended EDC Las Vegas this year, the kineticFIELD stage will seem very familiar to you! Insomniac announced the production stage would be packed up after EDC LV and shipped across the country to be recreated at this year's EDC Orlando 2019. Here you will find Kinetic Energy unleashed at the biggest stage of the entire festival! The artists performing at kineticFIELD this year include 3lau, Above & Beyond, Afrojack, Alison Wonderland, Andrew Rayel, Arty, Bijou, Black Caviar, CID, Cosmic Gate, Deadmau5, Deorro, Diplo, EDX, Habstrakt, i_o, Kaskade, Lost Kings, Nitti Gritti, R3hab, REZZ, RL Grime, Salvatore Ganacci, San Holo, Steve Aoki, Timmy Trumpet, W&W, and Yellow Claw. This ever-evolving stage has transformed throughout the years and always delivers top-notch production as one of the go-to main stages for most festival-goers. 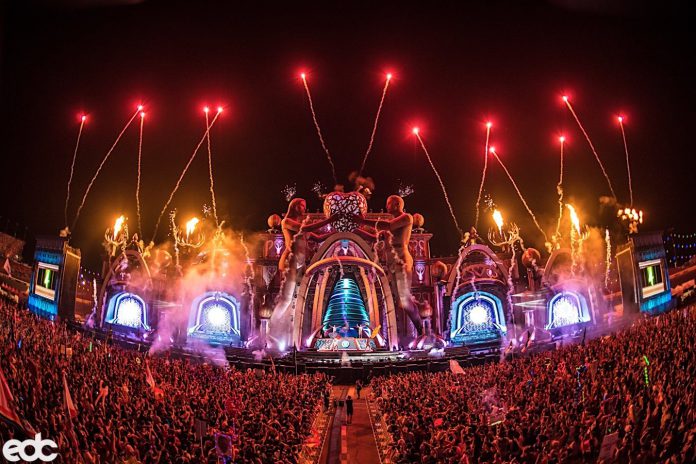 It's time to get down and dirty at the circuitGROUNDS stage as you headbang along to some of the heaviest trap and bass that EDC has to offer. The artists performing at circuitGROUNDS this year include 13, Adventure Club, Bear Grillz, Andy C, ATLiens, Black Tiger Sex Machine, Blunts & Blondes, Calyx & Teebee, Chris Lake, CRAY, DJ Snake, Eric Prydz, Excision, Fury + MC Dino, Graves, Jauz, Jonas Blue, Minesweepa, Mystic Grizzly, Nora En Pure, Party Favor, Riot Ten, Seven Lions, SLANDER, Svdden Death, Wax Motif, X&G, Yultron, Zeke Beats and Zhu. Get ready to break ya neck as you dance to some of the hardest sets that EDC will see all weekend. 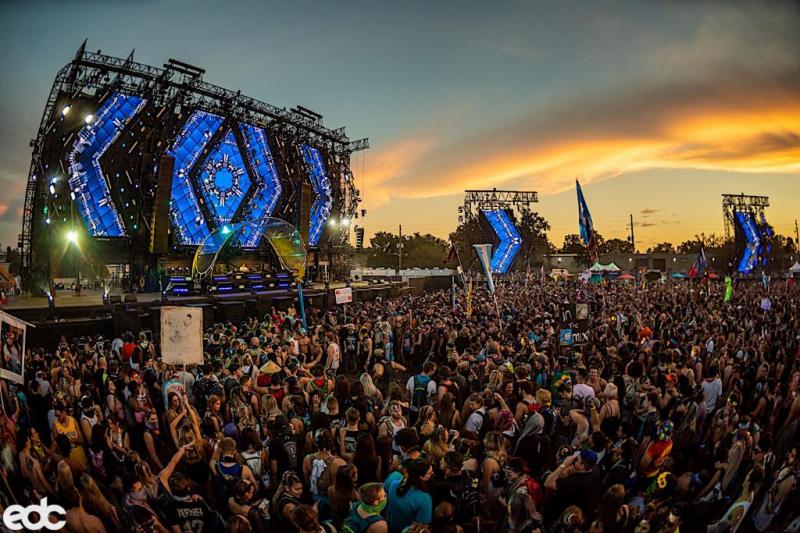 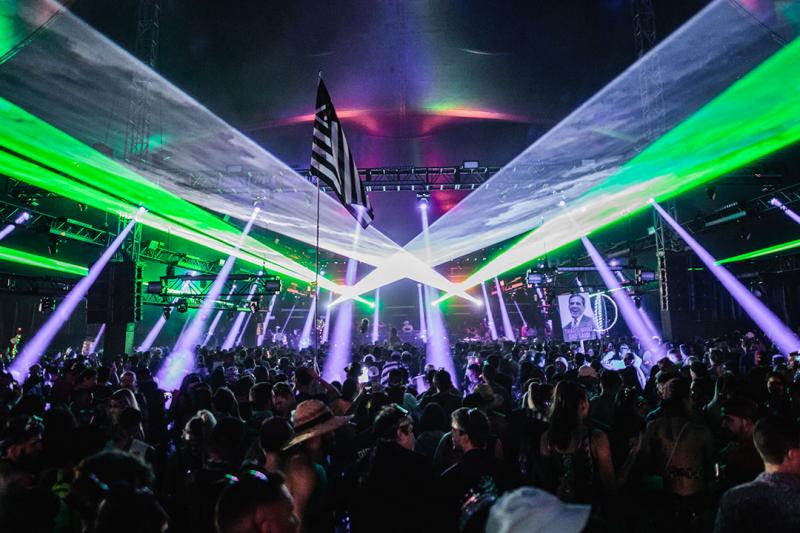 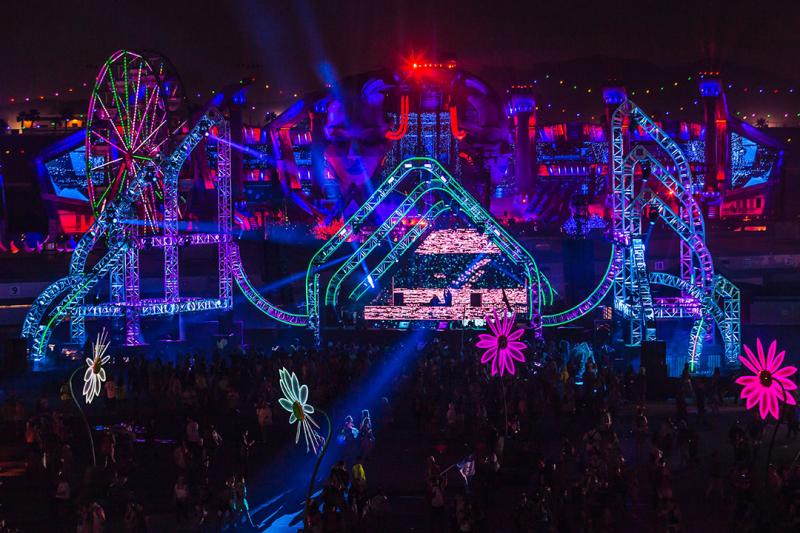 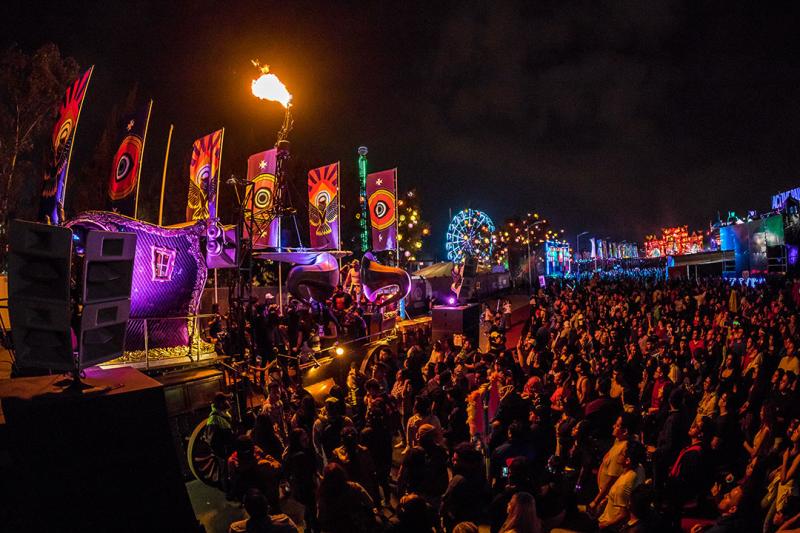 Use this festival map to help guide you through the world of EDC! This map shows you all stage locations, bars & food vendors, First Aid tents, ATMs, bathrooms, and more! A fun festival tip: save this image as your phone background for easy access when you need it! 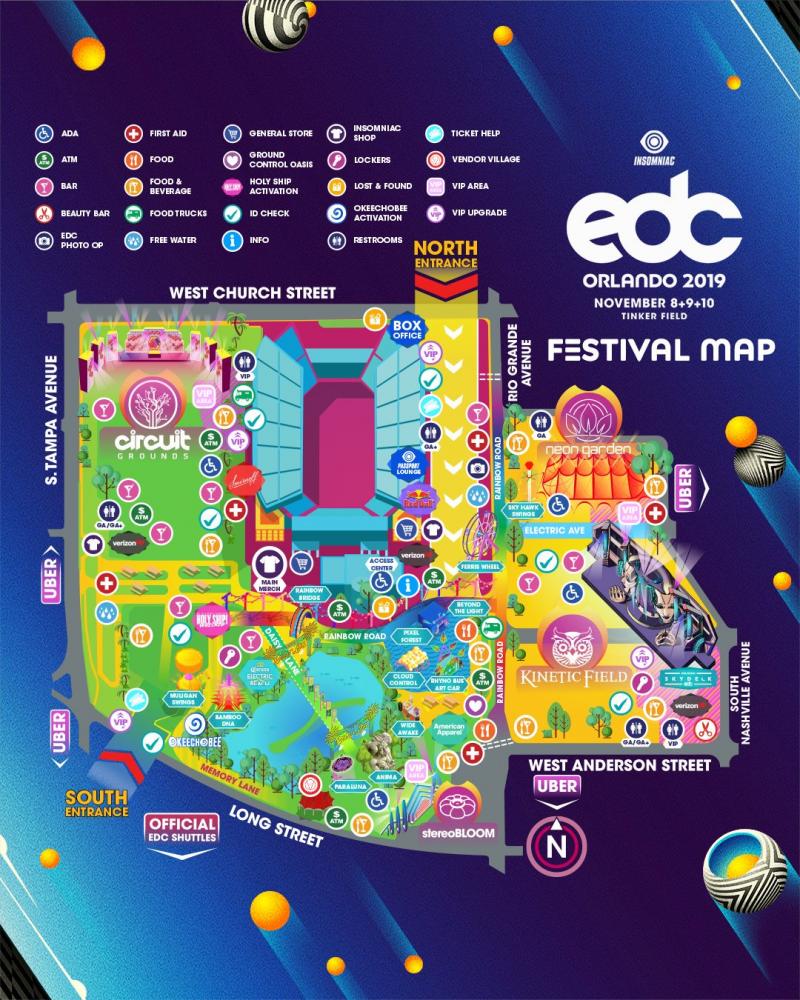 Okay, Headliners! It's officially time to start getting your lineup schedule together! Below are the EDC Orlando set times organized by day and stage. To help make this process as easy as possible, make sure to download the Insomniac app. In the app, you can easily schedule all your set times by day and receive notifications and special announcements while at the festival. 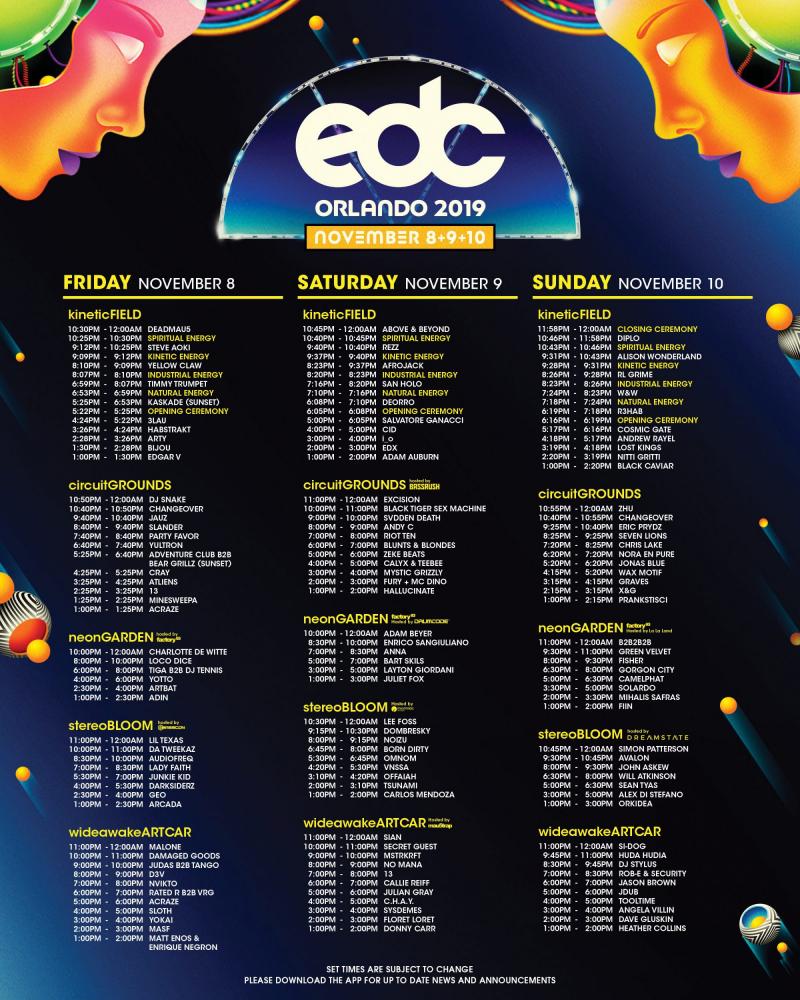 If you haven't already bought EDC Orlando 2019 tickets, click the button below and make sure you don't miss out on this amazing experience!

For more details about events and music festivals in Orlando subscribe to 407area.