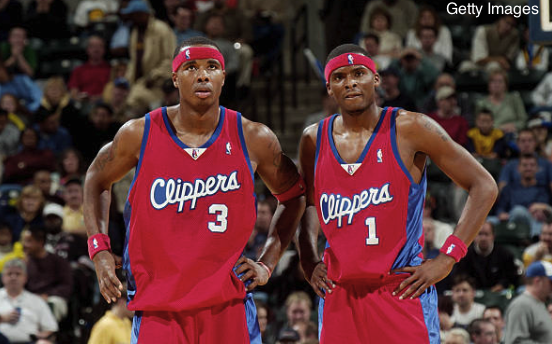 Dooling, now an NBA Regional Representative, was the panel moderator of The Brand Bar's launch of a new lab series addressing the topic, "Mental Health in Sports."

The panel event took place at the Winter Park Library this past weekend in celebration of Mental Illness Awareness Week.

Latvia Graham Leak, President of Graham Leak Branding (GLB), was the organizer. "We are so proud to provide a platform for our community to stop the stigma and have an authentic conversation about mental health especially in the sports industry," she said. 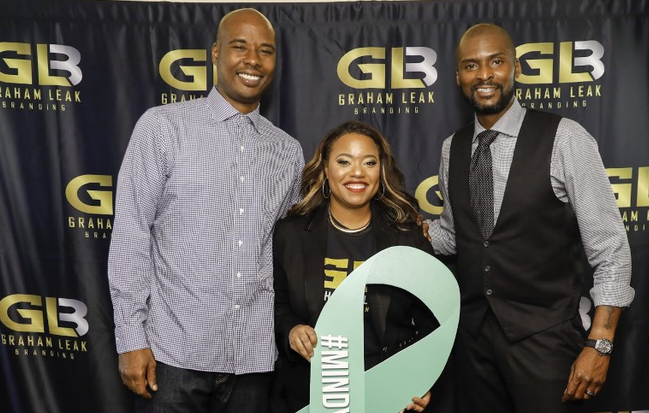 Dooling recently wrote a book, titled, What's Driving You??? How I Overcame Abuse and Learned to Lead in the NBA. He also wrote a gripping column in The Players' Tribune, detailing the abuse he experienced as a 7-year-old. How it impacted his life. And how's he overcome it.

Click on the 'play button' below to listen to our discussion, or scroll through to read the full transcript below.

Baumann: David Baumann alongside a couple former Magic players and current Orlando Magic executive vice president Pat Williams. Keyon Dooling is with us. He is moderating an event that brings awareness to mental health. Quentin Richardson is with us as well. He’ll be joining us shortly. We’ll start with Keyon.

Keyon, your story in The Players’ Tribune was so powerful, it was so courageous and now you’re here moderating this event (in Winter Park, FL). Tell us what you’re trying to accomplish here Keyon.

Dooling: I just want to continue to champion the message around mental health. Erase some of the negative stigmas associated with mental health. Share my story. You know, people who have gone through abuse, PTSD, troubles like mine. I want to give them hope. What it could look like if you do your work, get through, get a good infrastructure, get the right therapy, get the right resources, you can be healthy.

Baumann: Keyon, you know, I can’t imagine what it must have been like for you to write that story and wake up the next day to see the reaction. What was that like for you?

Dooling: Um, you know, every time you go back and you talk about a trauma, there are some emotions associated with that. I’m so thankful that I’ve done so much work that I know how to build myself up before I go out. So I kinda of braced myself for it. I prayed about it. I meditated about it. I exercised. I had a great conversation with a couple of my buddies. Quentin was one of my guys who encouraged me to get out there and tell my story and so when I started seeing the comments, I was just encouraged that people were not looking at me in a negative way, people were looking at me as a hero. And I felt really good ultimately.

Baumann: How much response have you received? Was it overwhelming?

Dooling: Not overwhelming. You know, you go through tests to get to your testimony and when you share you become a witness and so I wanted to become a witness. Especially for men who have been sexually abused, there’s not many people who talk about that and share that story so there’s a lot of angry guys who are still grappling with that so I wanted to help them with that through my book.

Baumann: Well, if you haven’t seen Keyon’s story in the The Players’ Tribune, you have to see it. It’s an absolute must read. So courageous, like I said. Q, Keyon says you helped him through this process. What was your reaction to that, and what are you trying to accomplish here?

Richardson: For me, Keyon is somebody I met when we were 12-13 years old playing AAU basketball and started off our careers together. Got drafted by the Clippers, played our first four years together and I had never known that about him... 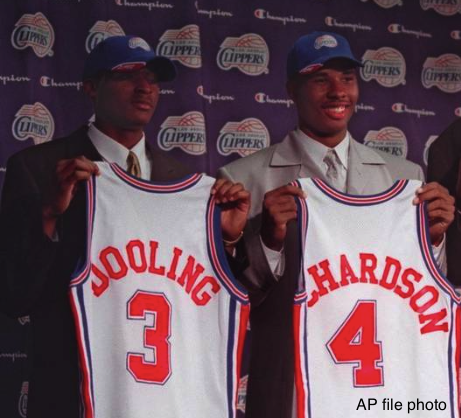 (Richardson, continued): ...So when he came out, and prior to him coming out with everything I was in contact with him, his wife, his family, so you know, my thing was like ‘that’s my friend.’ Outside of anything I was just being a friend, trying to check on him. And be there for him and support him. So once he got through it and came out the other side, he was coming with the book like, yeah, this is unbelievable. Somebody like (Keyon), people will listen to. Somebody who played in the NBA, who had this great career and people tend to think we’re like superheroes and like unhuman and can’t be hurt or can’t get harmed because once you’re in the NBA you have no problems, money, blah blah blah, and that’s so far from the truth. Both of us are sterling examples that ‘life still happens’ to the athletes and we’re still regular human beings, so us being here is just trying to spread this message and show young people that you can get help and you can get through these situations and come through the other side and have a regular life.

Baumann: This is Quentin Richardson with us right here on 96.9 The Game, brought to you by 407area.com. Pat Williams will be with us momentarily. Talking about Keyon Dooling here Q… Keyon is a guy I covered for many years in Orlando and he’s such a professional, you are as well and I’ve said that for many years. I was so surprised that time in Boston when it was like, ‘What’s going on with Keyon?’ It seemed like he disappeared. There was a lot of concern for him. Now that you know that whole story, what was your reaction at the time? And how good is it to see him in the place he is today?

Richardson: At the time it was just… I was concerned. It was concern. I want to say it was Chris Wilcox who reached out to me first and he was with Boston and the team and we had a tight relationship from our time in LA. And when he reached out to me, I was just very concerned. And then I reached out to Keyon’s wife and she was telling me what was going on and that they were working through it. And I was like, and I want to say I was still playing (in the NBA) then. So it was like somewhere where I couldn’t go there during that time, so we were just… I was staying in touch with his wife and Tasha was keeping me abreast. So to see him now. And to see him as Keyon, as he always is, is a blessing and a testament to his strength and his faith and how strong he is as a person. Like he said, he did his work and did all the things he had to do and now he’s able to handle and deal with those things. And to see him go out there and speak and show up at events and see his passion and see his ability and say his message and I’m just proud, like for real. To see him to be able to cross over, it’s like he ‘went Pro’ again. He a pro in a whole nother field and he’s awesome at it for me to sit there and see it, I’m just like proud.

Baumann: Pat, at the end of Keyon’s article in The Players Tribune, he says, ‘You can pray, but I also recommend you see a doctor.” Just how proud are you of Keyon and of Quentin, who’s right here next to you.

Williams: Well, the two of them are doing a marvelous job and I would even say this… More importantly than that article is Keyon’s book that he wrote a year ago. That’s the one you’ve got to read. Which he shares his story. You see what’s happening in the NBA and in other sports is this whole issue of mental health. This is mental health week and us the gathering we’re here for. But back in the day, you didn’t talk about these things. There were no NBA players seeking mental health. The NBA, the office, was not setting up programs for the athletes to have a place to go if there were mental health issues and needed help with. So I think that’s the best news that this is no longer in the closer. If a ball player is struggling with mental health issues, of any time, from alcohol to drugs to abuse, there’s so many areas. The league’s on top of it now. And Keyon is going to play a huge role. And I’m glad that Quentin is part of this as well and he and Keyon have a great relationship and I think this is going to be something that is going to give both of them a sense of worth and is going to be very rewarding. Far beyond what they accomplished as pro players.

Baumann: Pat Williams, the executive vice president, the man largely responsible for the Orlando Magic having a professional franchise right here in town. Keyon, before we let you go. We appreciate you taking so much time with us here on the radio. To finish up this event that you are hosting alongside Pat, alongside Quentin, you have a couple of other special guests including a doctor. Just how good does this feel to be putting this together and like Pat said, your role will continue to grow with the league in bringing mental awareness to the forefront.

Dooling: Yeah, this is great, this event is great. GLB (Graham-Leak Branding) has done a great job to put the pieces together and I’m excited for this new chapter about mental health. Um, I’m looking for it to be destigmatized. And if anyone’s listening tonight, let me say this. The biggest room in your life, the biggest room in the world is the room for improvement. So now matter where you are, you can get to the next level. It’s just a matter of doing your work.

Williams: That quote! The biggest room in your house is the room for improvement! (laughter)

Williams: Can I steal that?

Dooling: It’s all you Pat!

Baumann: Much appreciated. Quentin Richardson, longtime NBA veteran, 13 plus years. Pat Williams Sr. Executive Vice President of the Orlando Magic and Keyon Dooling, who is spreading this message of mental health today. I’m David Baumann with you here on 96.9 The Game, brought to you by 407area.com.