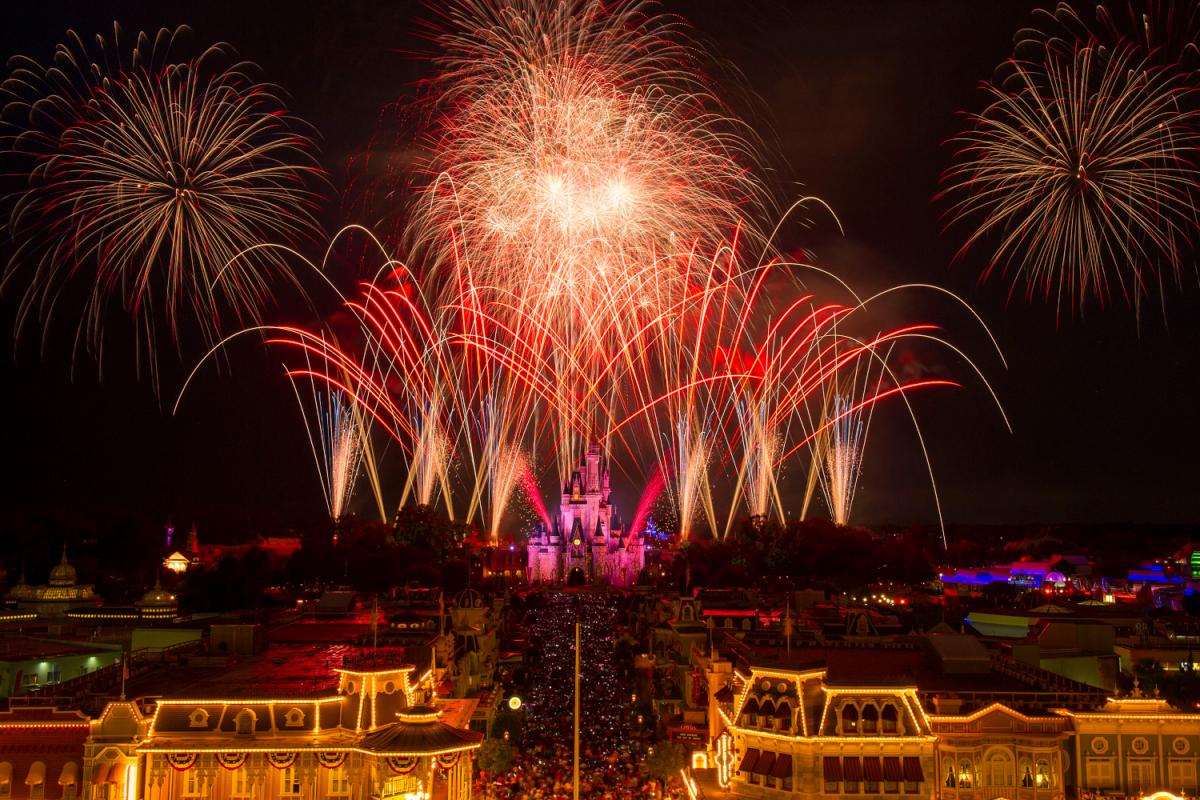 As the epicenter of the theme park world, Orlando is the backyard for a flurry of great July 4th fireworks and events. Many of the Orlando attractions regularly have spectacular shows but they up the ante to celebrate America's birthday.

Each theme park has a unique way they choose to celebrate this special day. Here is our list of July 4th celebrations at theme parks in Orlando.

Thousands will flock to Walt Disney World for the holiday and the Magic Kingdom hosts fireworks starting July 1st. Their 14-minute "Happily Ever After" shoots a dizzying display into the night sky above Cinderella's Castle.

The fireworks are accompanied by a musical medley that will inspire great feelings of patriotism. There are great ways to celebrate the 4th throughout the day at the Magic Kingdom as well.

The Hall of Presidents is a regular park attraction in Liberty Square that introduces parkgoers to the history of our nation's highest office. The Muppets Present...Great Moments in History is in the same area of the park and it features your favorite characters doing fun reenactments of moments in American history.

The Magic Kingdom is open from 9 a.m. to 11 p.m. on the 4th, with fireworks starting at approximately 9 p.m. 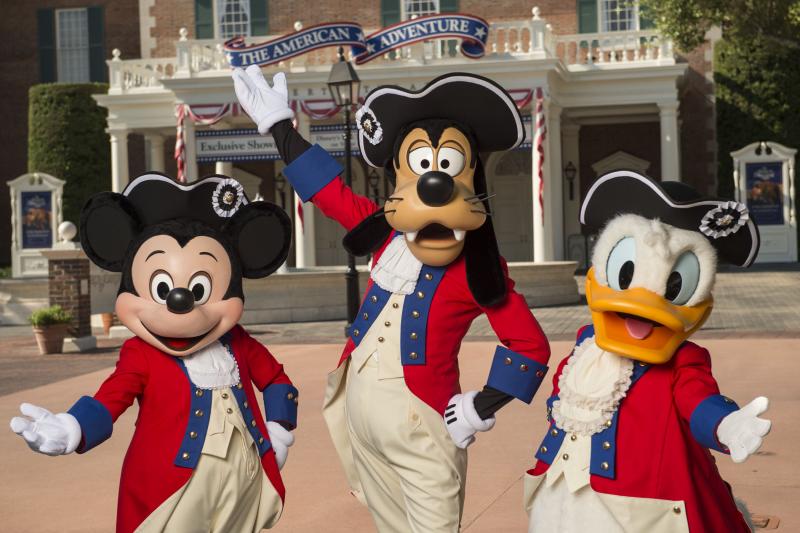 SeaWorld is adding a one-of-a-kind finale on the 4th to their regular, nightly "Ignite" fireworks show. There is a slew of fireworks, pyrotechnics, and lasers that make up the show, that can be best viewed at the park's Bayside Stadium.

Those looking for an extra special viewing experience can purchase a 4th of July SkyTower Fireworks Viewing. For $79, see the All-New Ignite 360 and 4th of July fireworks from 300 feet in the air in the SkyTower at SeaWorld. Enjoy a champagne toast and snacks while you get an amazing view of the festivities!

If you are just looking to reserve a seat, you can purchase one for just $10. SeaWorld's hours on the 4th are 9 a.m. to 9:30 p.m., making sure you can spend the entire day at the park and enjoy all their attractions, including their new roller coaster, Mako.

Universal Studios is souping up their "Universal 360: A Cinesphere Spectacular" for the 4th. The high-tech lagoon show uses four-story tall screens to show famous scenes from over 100 Universal Pictures films.

To celebrate the holiday, the 10 p.m. show will be marked by a patriotic finale, featuring fireworks, lasers, and pyrotechnic effects. The display will only be visible inside Universal Studies, due to the construction of new attractions in the parks.

In addition to the fun inside, Universal CityWalk is hosting an All-American Barbecue Celebration from 5-9 p.m. There will be summer food favorites available, a live band, and rotating street performers.

Both Universal Studios and Universal's Islands of Adventure are open from 9 a.m. to 10 p.m. on the 4th.

LEGOLAND has one of the most unique fireworks displays in Central Florida. They distribute special viewing glasses that make it look like giant Lego bricks are falling from the sky during their "Red, White & Boom" show.

There are also several fun activities going on at LEGOLAND throughout the day that pays homage to the 4th. Test your building skills by coming up with your best patriotic LEGO creation and have the chance to win a prize pack.

People will also come together throughout the day to try to build a U.S. flag out of thousands of LEGOs. LEGOLAND is open from 10 a.m. to 9 p.m.

Orlando's theme parks are always the center of the fun. Enjoy July 4th by visiting your favorite attraction with family and friends!

Register with 407area to keep up with the latest entertainment options in Orlando. Sign-up is free and gives you access to the latest news about theme parks across Central Florida!

The Best Concerts Coming to Orlando in Fall 2022