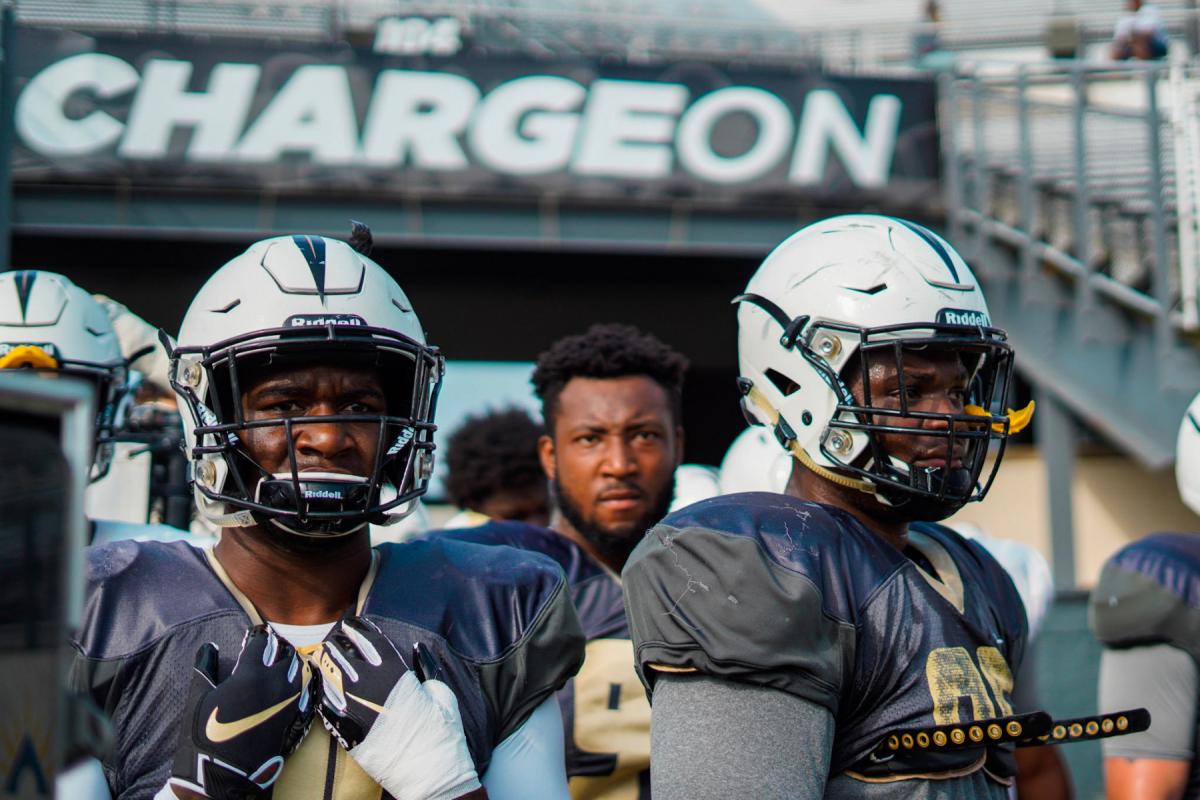 Two undefeated seasons later, the hype has never been greater for UCF Football. The Knights have already sold their stadium out for the entire 2019 season as they get ready to host Florida A&M on Thursday, August 29.

Despite the excitement surrounding the program, there are certainly questions to be answered at several positions on the field. Most notably, due to McKenzie Milton's devastating injury last year and backup Darriel Mack Jr.'s preseason setback, there is no guarantee that the Knights will get anywhere near the same kind of production they have enjoyed from that position.

There are also other uncertainties, including talent along the defensive line and inexperience on special teams. Looking on the other end of the glass, however, there are several things to really like about this team as well.

1. What is UCF going to get from the quarterback spot?

Without Milton or Mack, the odds on favorite to win the starting quarterback job has been Notre Dame transfer Brandon Wimbush, although true freshman Dillon Gabriel and redshirt freshman Quadry Jones have been reportedly nipping at his heels during fall camp. It does bear noting, that even a few years ago, UCF would have been nowhere near as deep at this position, so it is a huge positive to at least have competent players competing at the position.

If Wimbush is the starter, he certainly brings experience from his time in South Bend, but his game also has noticeable flaws. He throws a deep ball fairly well and is blazing fast, two things crucial to successfully operating Heupel's offense, but his decision making and overall accuracy leave things to be desired.

2. What do the Knights have along the defensive line?

Last year, UCF had tons of experience along the defensive line, with seniors Titus Davis, Joey Connors and A.J. Wooten as well as talented junior Trysten Hill, who was selected in the second round by the Dallas Cowboys. Those losses led to the d-line perhaps being even a bigger question than the quarterback spot entering camp, but there have been some positive developments that might be reason for optimism.

Defensive line coach Shane Burnham actually thinks they are more athletic at the position this year.

"I don't think we're a whole lot smaller, but I do think we're more skilled as far as foot fire and being able to bend, said Burnham. "Because of what we do, I think that helps us."

At defensive end, Brendon Hayes and Randy Charlton do have some experience and Landon Woodson has had a good camp behind them. Defensive tackle looks to be a position that will rotate five or six deep, which could be a positive given how quickly the Knights offense works. Some of the names that have been mentioned include Ohio State transfer Malik Barrow, Mason Cholewa, Noah Hancock, Kenny Turnier and Indiana transfer Brandon Wilson.

3. Who is going to step up on special teams?

This is the area that is my biggest concern entering the season. One could argue that kicker Matt Wright and punter Mac Loudermilk were the best at their position in UCF history, but now both are gone, leaving a tremendous void.

Kicker has been a competition throughout camp between senior Dylan Barnas and freshman Daniel Obarski, with both likely splitting field goal, kickoff and PAT duties. The punter situation is even murkier, but redshirt freshman Andrew Osteen and freshman Alan Kervin are battling it out there.

It has been a longtime since the Knights have had to worry about shaky kicking or punting, which is why when one plays the averages here, it seems like something that could emerge as an Achilles heel in 2019.

Glen Elarbee is an excellent offensive line coach and he may have one of the best units in school history. The line is anchored by three first-team all-conference performers, center Jordan Johnson, right tackle Jake Brown and guard Cole Schneider.

UCF also has great guard depth with options like Sam Jackson and Parker Bourdreaux available. Left tackle is the only real question mark here, but either Trevor Elbert or Ed Collins should likely be good enough to work with this experienced group.

This is the second position group for the Knights where you could make an argument that it is the program's best ever. That is saying a lot considering great defensive backs like Asante Samuel, Atari Bigby, Josh Robinson, Jacoby Glenn, Kemal Ishmael, Mike Hughes, and many others have starred back there.

Safety Richie Grant leads the way and he might end up a better player than any of the above-mentioned names when everything is said and done. Antwan Collier, one of the heroes of the Peach Bowl two years ago as a freshman, will start at the other safety spot.

At corner, UCF welcomes back experience with Nevelle Clarke and Brandon Moore, as well as plenty of depth. This is a unit that can sustain an injury and not miss a beat.

While the Knights have had greater number one running backs, the depth they have at this position in 2019 may be better than any other past UCF team. Greg McCrae exploded last year to lead the way and he is now one of the most well-known players in the American Athletic Conference.

McCrae was able to supplant Otis Anderson and A.J. Killins as the lead runner, but both of those speedsters return in their hybrid role and we will see if they look more comfortable in year two of the Heupel offense. The Knights have plenty of depth as well, with guys like Bentavious Thompson and Demarius Good getting positive feedback this fall.

Many around the country have knocked the Knights schedule strength during this 25-1 run, but they get a big showcase opponent early in the season to make an impression. With wins over Northwestern and at USC to start the season, Stanford will enter Spectrum Stadium as a top 25 team, setting up a huge game that even has an outside shot of attracting the interest of College Gameday.

The Cardinal have plenty of talent, but the tough early-season schedule, that also features a game the following week against Oregon, will make this a very tough test. Also, cross country travel never does any team favors.

Many believe that the AAC East Division will come down to this showdown at Nippert Field. That is one of the tougher environments in the league, especially if both teams are on a roll at that point in the season.

Desmond Ridder is now a year wiser at quarterback and he was great as a freshman last year, plus the defense is very experienced. However, the Knights athleticism challenged the Bearcats last year and I do not really see any reason for that to change in 2019.

I believe this game will be a matchup of the two most talented teams in the American. Houston also should be reenergized under a new coach in Dana Holgorsen and the Knights might have to get through them twice if they face off again at the end of the year in the AAC title game.

D'Eriq King is the closest thing the conference has to a Heisman contender and he was leading FBS with 50 touchdowns when he went down with an injury at the end of last year. No one expects the Cougars defense to be anything to write home about though, so this could be a shootout.