Bringing a Taste of Mardi Gras to the Green Room at Tin Roof, The Gypse Elise band comes to you straight from New Orleans! Stereo FM playing the main room 9pm-12am! $4 Abita Draft $4 Southern Comfort, and $5 Handgrenades and Food Specials all day!

DILLON CARMICHAEL
Critics and fans from across the musical spectrum found much to fall in love with this past fall when Dillon Carmichael unleashed his brilliant debut, ‘Hell On An Angel.’ Produced by Dave Cobb—the studio guru behind country radio powerhouses like Chris Stapleton and Zac Brown Band—the album merged a sonically progressive palette with a tasteful reverence for the past and wrapped it all up with a director’s eye for detail, creating a stunning collection that was at once old-school and modern, traditional and contemporary, timeless and timely. The New York Times compared Carmichael to Randy Travis and said his rich baritone voice “moves with the heft and certainty of a tractor-trailer,” while NPR praised his “deep holler,” and Parade raved that “Carmichael defines pure country.” He landed on Artist To Watch lists from Billboard, Rolling Stone, Taste of Country, Pandora, and more, reached #2 at Country radio’s Most Added chart with his debut radio single, “Dancing Away With My Heart,” electrified festival crowds from CMA Fest to Dierks Bentley’s Seven Peaks, and earned tour dates with Aaron Lewis, Dwight Yoakam, Trace Adkins, The Cadillac Three, and A Thousand Horses among others.
It’s been a whirlwind ride for Carmichael, but the 25-year-old was born for this stuff. Growing up in the small town of Burgin, KY, he absorbed the musical life through osmosis: his father and uncles performed in a Southern Gospel Quartet, his mother sang all over the eastern part of the state, and her brothers (John Michael and Eddie Montgomery) both enjoyed massive chart success. Carmichael fell in love with country legends like Waylon Jennings and Vern Gosdin alongside the rock and roll he heard on the radio as a kid, and by the time he hit his teens, he was writing his own songs and performing live.
“I didn’t at any point consciously decide I was going to be a musician,” says Carmichael. “It just happened naturally. I found a kind of truth in country music that I couldn’t get anywhere else.”
After finishing high school, Carmichael relocated to Nashville, where he earned a publishing deal at the tender age of 18. It was his first experience living in a city, and the discovery of a whole universe of like-minded 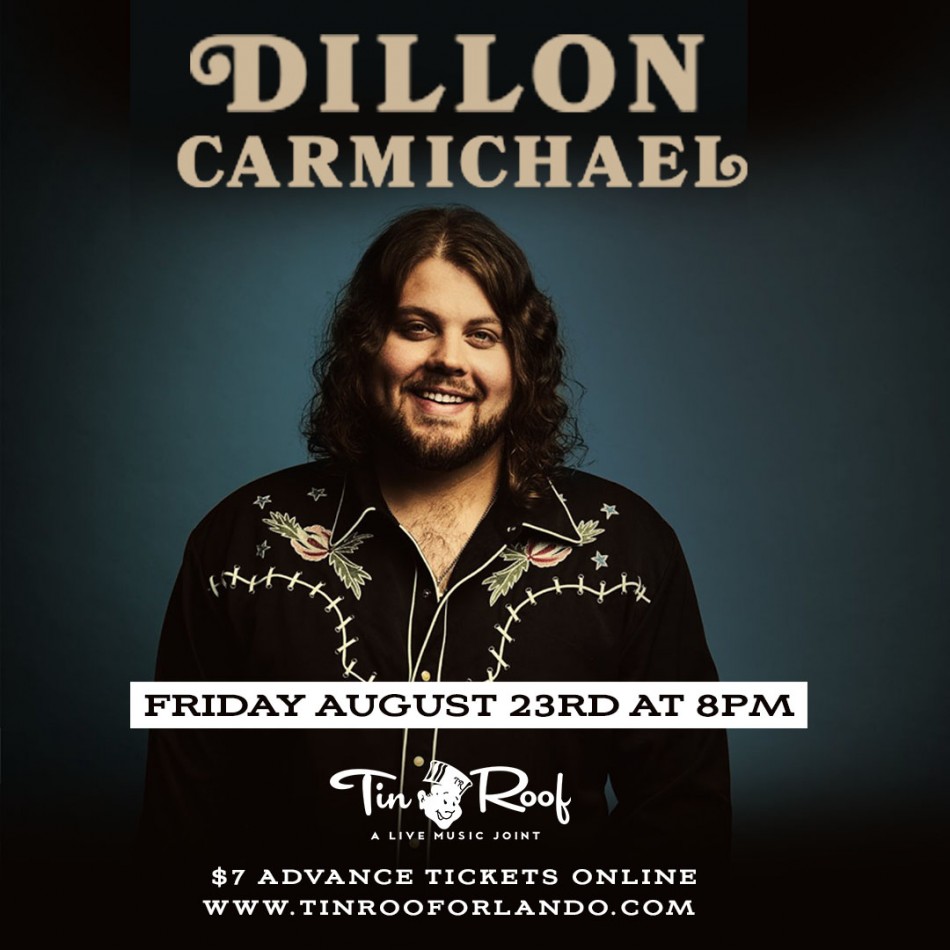 St. Patrick's Day in Orlando has a lot to offer for the week. There are several parades, concerts and events going on in the Orlando